III. A Change of Plans

I knew from the barely perceptible downturn at the corners of my mother’s mouth that our tardiness was poorly received, and that I, as these things are wont to transpire, would be held responsible. Never mind that I had just spent my afternoon chaperoning the quintessential American tourist around the parts of the city that lay between her hotel and my parent’s house, when I could have been horseback-riding with Louise Blanchard in the Bois de Boulogne.

As we filed into the dining room, where the table had already been set for luncheon, my mother rose from her seat with a gracious smile to greet her house-guest.

“My dear Mademoiselle Drewry,” she said to the girl, coming forward to clasp her hand warmly. “Welcome to Paris.”

“Thank you, Madame de Saint-Vincent. And thank you for having me over for lunch.”

“Mais oui! Of course! Your mother has always been such a good friend to me – how could I not bestow the same favor upon her only daughter? Please, sit – you must be hungry after running about the city all morning.”

This was punctuated with a very pointed look in my direction. Studiously avoiding my mother’s gaze, I found my seat and busied myself laying the serviette over my lap. Across from me, Praeker had her eyes carefully rooted on the array of dishes on the table (my mother, unless she were having guests of our social circle, preferred to keep luncheon informal, so my companion always sat with us).

I let my mother assume control of the conversation, listening with vague impression as the control very quickly left her hands and turned over to Mlle Drewry – Lizzie, as she liked to be called. The girl could talk circles around my mother, my mother, the queen in her court, the princess of parlors, the duchess of all dining room conversation and salon tête-à-tête. Truth be told, I was not certain whether to be horrified or simply to sit back in fascination and watch the interlocutors at work, each wresting in her own way for the dominant role in this exchange.

Perhaps I might say a word or two about the differences in conversational style. Parisian society demands wit and exactitude when conversing – if someone is especially interested in another’s more academic opinions, then they pursue those interests outside of society events. Of course there is an expectation for cultured, enlightened exchanges, but they are meant to be given in highly condensed form. If it isn’t worth saying in three words, it certainly isn’t worth saying in thirty.

If Mlle Drewry was to be any exemplar, then American conversation obviously did not resemble what transpired in Parisian salon culture. Even my mother was starting to look a little dazed from the deluge of information she received from the younger party.

“I believe there is to be a Strauss celebration at the Opéra1 in a few days,” I cut in while Mlle Drewry stopped for breath. “Had we planned on going, Maman?”

This sudden change of subject and focal point roused my mother back to her normal, composed self.

“Why, no, ma chère, but, then, perhaps Mlle Drewry would care to attend? What are they playing, Camille?”

Quickly, I found the newspaper hidden on my father’s customary chair (which the butler knew better than to clear away until half past four in the evening, whereupon it was moved to the salon de séjour).

“Feuersnot and the Légènde de Joseph,” I read. Perhaps this wasn’t such a good idea after all. 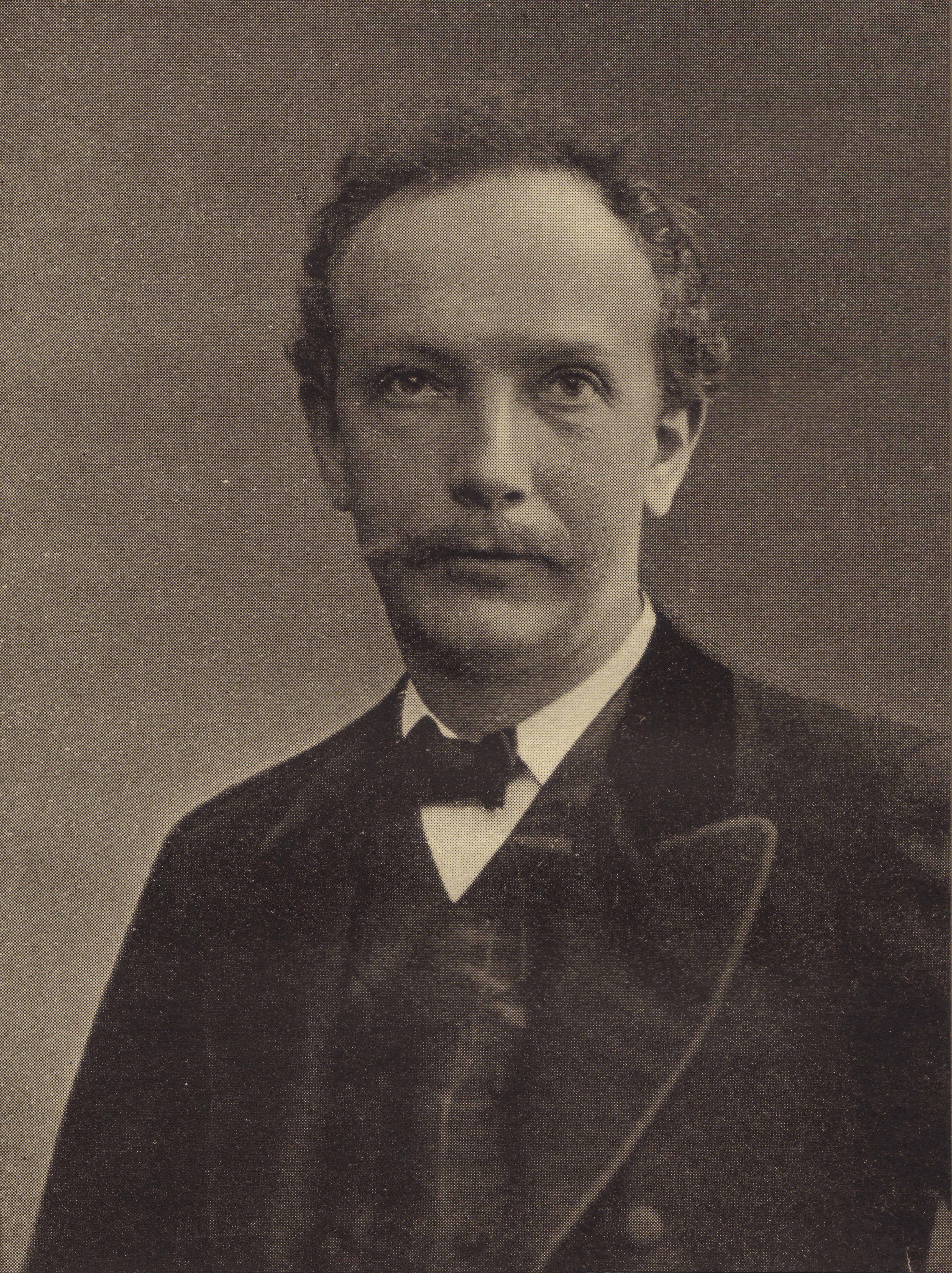 “I see,” said my mother. She did not sound particularly thrilled.

“Oh, I’ve never seen either of those two,” inserted Mlle Drewry. “What are they about?”

My mother, Praeker, and I all exchanged a series of carefully blank faces.

“It is not an evening covered by our abonnement, is it, Camille?”

“Oh. Well, I will call your aunt Thérèse, Camille, and see whether your cousin Jean-François will be available to escort you. Your father and I would not wish to spoil the evening for the young people. Mlle Drewry will have my ticket, and Jean-François may have your father’s.”

I knew exactly what she was doing. My very elegant, very proper mother was wheedling her way out of attending this particular performance with us. As long as someone was there to escort two young women, she did not feel compelled to accompany us for propriety’s sake (these days, the modern woman hardly needed an escort anyways). Moreover, bringing up the age old conflict of youth versus age saved her from attending an opera that she, quite frankly, hated. When I looked over at her  with thinly veiled accusation in my eyes, she merely smiled graciously.

“Camille, mind your glass. Please do not spill on the tablecloth.”

The opera was set for Friday, which meant that I would miss the weekly Friday salon of Marguerite de Saint-Marceaux. Not mandatory, in the strictest sense, but if you had been extended the generous invitation once, it was assumed you would be in attendance nearly every week thereafter. My mother, being a personal friend of Meg as well as an accomplished amateur, always attended, with my father in tow (he was, as a matter of fact, quite the baritone himself). They were generally invited to the dinner, which started promptly at eight; Mme de Saint-Marceaux did not generally extend that portion of the invite chez elle to younger women2, so I usually only arrived after ten.

To say that the salons were the highlight of my week would be, perhaps, an overstatement. However, Mme de Saint-Marceaux’s selective gathering of interesting, gifted individuals was something to anticipate with considerable delight. In her elegant salon, the piano open invitingly while nearby a table overflowed with refreshments in crystal cut glasses, I had made the acquaintance of Gabriel Fauré, a longtime regular at the salon, and Camille Saint-Saëns. It was a musician’s paradise, although less on the edge of fashion in those later years as our esteemed hostess herself was aging. Besides, you were always among friends; that was how Mme de Saint-Marceaux liked to see her salon. That was part of why it was so exclusive, and why, even as a house guest, Elizabeth Drewry would not have been invited to come with us. Unless you were some kind of artist yourself – be it musician, painter, novelist, etc… – you could not be invited into the intimate circle of the vendredi salon. Even the most mondain sophisticates were only invited to the Thursday salon3.

My mother, so long a regular, had been genuinely concerned that I would not be permitted to frequent this most esteemed institution of Parisian haute société when it became evident that I had no musical talent. Salvation for her maternal aspirations came from a somewhat unlikely source; Colette, the somewhat scandalous, always fascinating écrivain of short stories had “discovered” me as a blossoming young writer one day during the war when I was home from school. As she, too, frequented Mme’s, she mentioned my prospective talent and at the very least raised Mme de Saint-Marceaux’s interest. That, combined with my descent from her close friend, and my skill at watercolors, which she discovered not long after Colette had made the initial pitch, had been enough to secure me an invitation to the after-dinner gatherings on Friday evenings. A very prestigious honor for a girl my age.

Because my talent lay in writing and painting rather than in music, I tended to mingle more with the artists who frequented the salon on the Boulevard Malesherbes. That circle had included M. de Saint-Marceaux, himself a sculptor. Friday, then, was my chance to hear of current events in the fashionable art world, although less that of the starving artists in Montmartre. Had I been able to attend the salon that Friday instead of being forced to attend the opera with our house guest, I might not have made the decision to take Mlle Drewry to a certain gallery, where events took an unexpected turn. I suppose we shall never know.

First, though, I needed to survive Strauss.