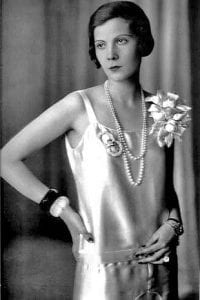 At the inception of this project, The Musical Geography of 1924 Paris, our team sought to essentially recreate the sights and sounds of an era, placing these on an historical map in order to better orient the user of our collected findings. Our initial intentions, while still true in spirit, have been somewhat revised to reflect the capacity of the mapping platforms available, which, alas, are not always on par with our ambitions.

Truth be told, though, our attempt to create a convergence of events on the visible axes of space and time (i.e., a map with a time slider) is no more and no less than what any storyteller attempts to do. What better addition to our project than a story?

Because the most captivating aspect of history is the story, woven over the centuries, of people. Big people, small people, interesting people, even boring people…their collected experiences are what draw us back to our study of the past.

In “The Unsuspecting Tour Guide,” I present the fictional story of one young woman’s experience of 1924 Paris. Through the research conducted for the various facets of this larger CURI project, I hope to piece together the most accurate depiction of everyday life with its intersections in art, literature, and, of course, music. This historical fiction, although certainly whimsical, is thoroughly researched to reflect the context of the project and the way in which the musical geography of 1924 Paris might have been lived rather than merely studied. Any license I have taken with the personalities of certain well-known characters will hopefully be forgiven as a necessary conduit for the story, although none should go so far as to create true inaccuracy. What sources I have used are listed in the larger bibliography for the project, as the story itself is intended as a facet of the map.

All maps tell a story. What follows is merely one interpretation that I hope will be enjoyed, for its own merits and for its contributions to the animation of our CURI project.