A poster for the Casino de Paris, a music hall with popular variety shows

I’ve spent most of this week reading up on the world of jazz within Parisian culture during the 20s. Despite its popular moniker as the “Jazz Age,” the 1920s had complicated, often unexpected relationships with jazz music, especially in France. This research also topic poses a its own set of methodological challenges and questions, which I will explore in this post.
Since jazz in Paris during the 1920s was considered popular entertainment rather than “high art,” many aspects of it are less well-recorded, or at least less explored in previous musicological research. This leads to some challenges in documenting its performance history. Unlike within the classical music sphere, weekly periodicals were much less consistent with reporting information about jazz events. Much of this stems from the way jazz was performed: not in a formal concert setting, but as music for dancing and entertainment in nightclubs, bars, and dance halls. For many entertainment venues, jazz was assumed to be a repeated nightly event, and thus announcements in periodicals often weren’t necessary. 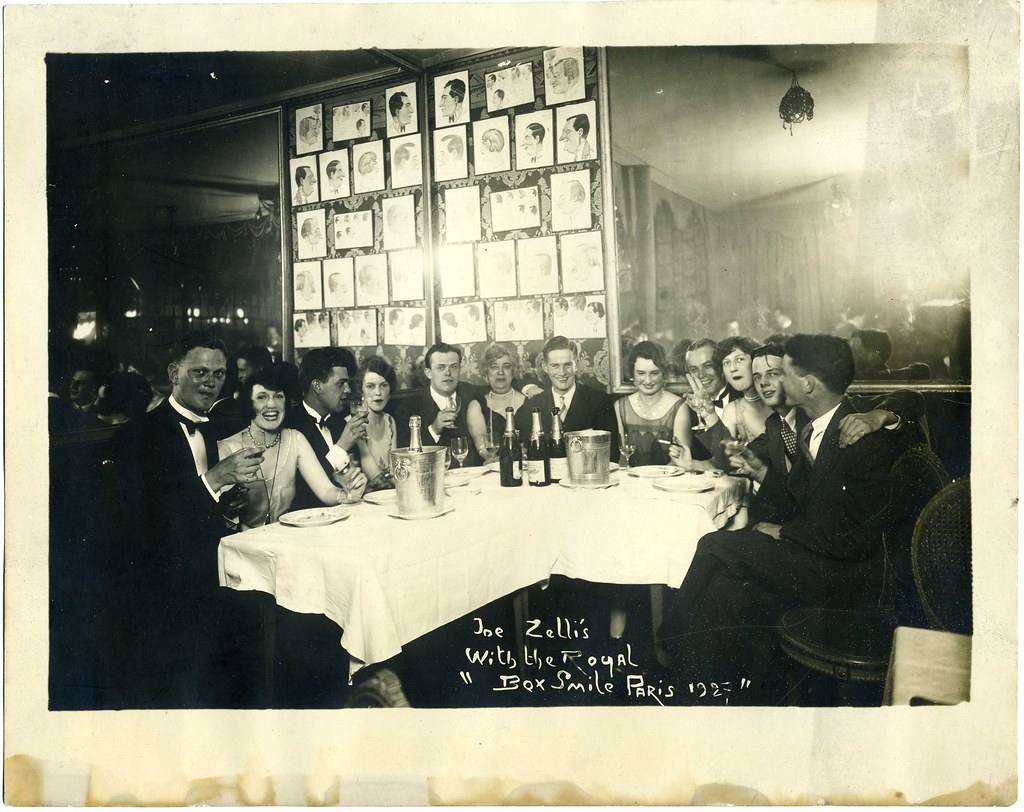 The interior of Zelli’s, a fashionable nightclub, in 1925

It is also worth noting that “jazz” itself is a difficult term to pin down. Ragtime, which was popular in Paris before the 1920s, would sometimes be retroactively referred to “jazz,” as would any fast, rhythmic dance music. Parisians often liked to speak of jazz in general terms, rather than differentiating between the musical styles of, say, a band of American expatriates in Montmartre and a jazz orchestra in a central Paris
music hall. Due to the nature of jazz as improvisatory, it’s also difficult for us to know exactly what most of it sounded like.

Luckily for a project about maps and geography, we do have a good deal of information on the types of places where jazz
performances occurred. As with venues for classical music, some of the locations have multiple names, or addresses that are difficult to track down. However, I’ve been able to find substantive information on many venues, and brief mentions of several others.  I’ve made a preliminary map with thirty or so locations and their descriptions, and I hope to add more. Already, one can see the clusters of venues in Montmartre to the north and Montparnasse to the south, as well as the more traditional theaters and music halls in the middle of the city.

Moving forward, I’m considering color-coding the markers based on the venue type (dance hall, vaudeville music hall, established theater, nightclub, bar, café, etc.) as jazz music played different roles and had different attributes based on the expectations of that performance space. As with our first venue map, I will also go back in to add pictures and media clips as I find them.

Shack, William A. Harlem in Montmartre: A Paris Jazz Story Between the Great Wars. University of California Press, 2001.

Hansen, Arlen. Expatriate Paris: A Cultural and Literary Guide to Paris of the 1920s. Arcade Publishing, 2012.