Vincent d’Indy and the Schola Cantorum 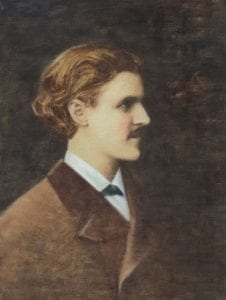 Vincent d’Indy, one of the founders of the Paris Schola Cantorum

My research topic for our second paper assignment is the Schola Cantorum, founded in Paris by Vincent d’Indy and two colleagues. Upon initial research, I – like many of my classmates – found that this assignment would prove to be a substantially more difficult one than our first paper assignment; however, this difficulty has quickly materialized into an opportunity for greater depth in my research and for the exploration of historical intersections between my particular topic and other figures and institutions of 1920s Paris. While there are few (if any) entire books devoted to the straightforward presentation of facts about the Schola Cantorum, I have found many resources that will aid me in crafting an argument that is nuanced and takes into account the various political, economic, and cultural circumstances that made the work of the Schola particularly interesting.

The most intriguing source I have come across thus far has been an article from the journal 19th-Century Music entitled “Deconstructing d’Indy, or the Problem of a Composer’s Reputation.”[1] While I am largely uninterested in the author’s thesis (that d’Indy and the Schola Cantorum defined themselves chiefly through opposition or difference), at least for the purposes of this assignment, I have found in this resource a wealth of information about the structure and teaching style of the Schola Cantorum. The author’s comparisons between the operations of the Schola and the Paris Conservatoire, its rival institution, are leading me to consider employing such a comparison as the basis for my paper. In addition, the inclusion of information about d’Indy’s political associations has presented a worthwhile challenge for my research in that I have had to backtrack and do background reading about the history of the French political climate in the time of the Schola Cantorum’s beginnings. I have enjoyed reading about the Third Republic and the Dreyfus affair, and finding d’Indy’s particular place within the narrative of French political and cultural history.