The Ballets Suédois was very popular in Paris when it existed from 1920 to 1925. It must have appealed to some concept of French-ness in music and art, though its ties are complicated, even contradictory to what I’ve learned so far. The French ideal in art is obviously not as simple as I originally thought of it. 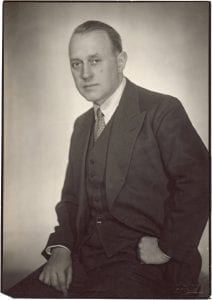 Rolf de Maré, the founder of Ballets Suédois, intended to create an art spectacle that was truly modernist. For his ballets, the choreography itself was not necessarily the main focus. He was fascinated with contemporary paintings, and these paintings inspired his overall works of performance art. The dancers performed on huge stages with extravagant painted sets. The ballets combined visual art, movement, and contemporary music to create an overall atmosphere of avant-garde art.

For one thing, the Ballets Suédois is a Swedish group. Some French critics thought that only the French could make good art. However, some of these critics enjoyed art that exoticized other cultures, and in some performances the Ballets Suédois exoticized rural Swedish life. For these critics, the appreciation of exoticized art was separate from appreciation of true French art. I am unsure of whether the ballet’s popularity in Paris was for its exotic appeal or for its actual creativity in avant-garde art. 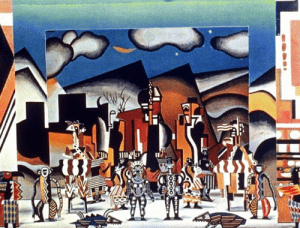 Additionally, the ballets’ holistic approach to an artwork resembles Wagner’s concept of gesamtkunstwerk, the “total work of art.” His operas were also a combination of the visual, musical, and dramatic. Much of French musical sentiment was completely anti-Wagner, so it seems strange that the Ballets Suédois would be so popular. The French ideal at the time was simplicity, while the ballets were performed on highly decorated stages.

I realize that I’m thinking of the French ideal in a very simplistic way, and that the ballets won’t fit neatly into either this ideal or exoticism. To further my research, I will need to find more opinion-based primary sources about specific performances, especially some negative criticism. I would also like to look into the rivalry between the Ballets Suédois and the Ballets Russes. Which one would have been considered more French? Neither are from France: which one would be considered more authentically French?