Welcome to the wonderful world of American Southern Folk Song! On this page, you will find: maps comparing different genres of music collected in the American South from 1923-1939, narrative maps immersing you in the collecting world of John and Ruby Lomax, and prose analyzing this research. In the broader realm of what this research aims to achieve, the work done by the folk song collectors and the work done by myself on the digital mapping raises an important question: how do we accurately represent quantitative data collected from very real people whose life experiences are inextricably linked to the pieces of data collected and mapped? Moreover, how do we represent this information digitally to accurately portray the goals of the collectors and to depict the rich details surrounding the song collecting? This question fueled the research that ended this semester with a possible answer to these questions, along with a research lead to fuel further work on this music.

This research focused on the work of John, Ruby, and Alan Lomax, and the work of Dorothy Scarborough. 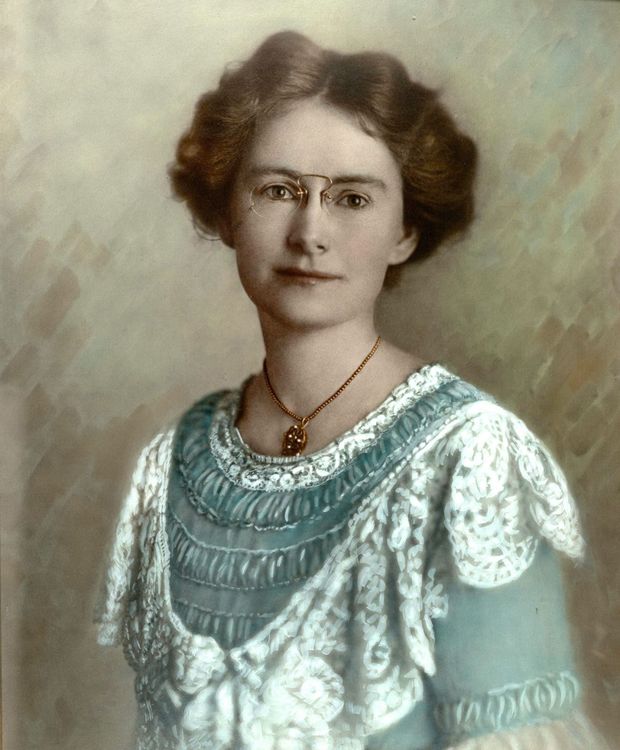 Dorothy Scarborough’s book, On the Trail of Negro Folk-Songs, contains music sent to her by friends and strangers who knew she was collecting songs to include in a published book. It was published in 1925, and contains some 300 songs.

John Lomax and Ruby Lomax traveled from Texas through the American south in the spring and summer of 1939, and left extensive field notes for the Library of Congress (as John worked for the LOC). These notes, available publicly online, were used as a second source of data for this project. There were 505 songs recorded.

Alan and John Lomax published Our Singing Country, a book of American folk songs, in 1941. This book contains a collection of songs recorded by John, Ruby, and Alan from their field recording trips over the years. This book is just a selection of what the Lomaxes thought to be the most relevant pieces in each genre.

As far as methodology is concerned, the collecting of data was fairly simple. Using Google Sheets, I documented each song in the respective sources, including approximate location, genre, performer, approximate date, and a citation, among other fields. Genre was a difficult category to separate, as each song collector had their own names for each genre, but I was able to make a best judgement at the time for my purposes on categorizing the genre of the songs (for more information, please take a look at this post from my research blog). I also thought it was important to document the race of the performer, but sometimes this was a tricky thing to distinguish due to discrepancies in collecting on Lomax and Scarborough’s part. Each song was recorded, and overall, 1,000 songs were entered into spreadsheets which later were exported to csv’s to be uploaded to various mapping databases. The three mapping platforms used were Google Maps, ArcGIS online, and ArcGIS Storymaps. I also consulted many traditional scholarly sources addressing discourse around this subject area.

In all of the sources that documented southern American folk song, once thing instantly became clear: the story around the song and the personal details of the performer were just as important as the song itself. They would not present a song without first offering explanation about the singer’s life and why they were singing the song in the first place. These sources are more than collected anthologies; they are more akin to storybooks with true tales of music-making. Scarborough and the Lomaxes collected memories, rather than just songs. They documented information about the song that was intrinsically linked to the identity of the performer so that they were nigh inseparable. In particular, the majority of the songs are sung by black singers or related to black American life in some way, shape or form. So, as I looked through this data, a conundrum emerged. How could I map this data in such a way that the context around the song and the life of the performer was not lost? For more on my dilemma with this, read my blog post.

I could create a pindrop map of the data, and leave it at that, as I have done below in ArcGIS with the Lomax 1939 trip data. While this is a viable option for displaying the data, the map lacks life, vitality, and soul – all the things the collectors included in their data. This map cannot accurately represent anything other than the bare-bones, stripped down data in its most quantitative form.

The pindrop map, when applied to all of the data (as shown directly above), looks slightly more promising (here, the different colors indicate different genres of music performed in each collector’s work). While the comparison between the three is present, this still mostly presents an overwhelming amount of data that, to the human glance, is a jumbled mess of colorful pins on a mediocre map. If anything, the map at least shows that collectively, the Lomaxes and Scarborough collected a great deal of songs across the span of the American southeast.

Below, you can see two other ways in which I tried to represent the data in a way that gives a little deeper information. The first map below is a Google Map showing clear lines between each stop on the Lomax journey. This step toward a narrative story is better representative of the actual information collected by Lomax.

The next Google Map below is a map in which I have amalgamated and consolidated the top genres of the Scarborough and John/Ruby Lomax field trip data into a map of the most prominent genres and where they emerged. Here, it is easier to start seeing a trend of many songs being collected in the southeastern Texas area and the northwestern Virginia area.

All this is well and slowly moving toward a more comprehensive view of the data. However, it is with ArcGIS Storymaps that we are able to see more than just the tip of the iceberg. In the Storymap below, prose, maps, audio, video, and links to external sources are combined to show the soul of the research: the people and their identity. Feel free to explore this storymap to understand better the Southern Recording Trip of 1939 by John and Ruby Lomax.

While this kind of narrative, extensive reach into the story of the trip works well when applied to the Lomaxes’ detailed field notes, it does not apply as well to Alan and John’s Our Singing Country or Scarborough’s On the Trail of Negro Folk-Songs. In achieving the in-depth look, we have had to ignore some of the 1,000 songs. But what if we want to look at them together to see trends?

This is where we come to the second part of what this project has achieved: a lead for future research in this fascinating area, largely brought about by maps that can show trends. During the data mining, I discovered that Dorothy Scarborough addresses in her book an idea that has been previously discussed in the musicological community: the presence of songs sung by black mammies but that originated in Scotland and England. The English and Scottish origins of songs has related to other musicological research (primarily by George Pullen Jackson) on the Appalachian “fasola” or “white spiritual” music. This includes shape-note singing and “lining out,” the latter of which was discussed in an interview with Dena Epstein and Nicholas Temperly. As the “lining out” tradition and many of the black mammy songs in Scarborough’s work have been linked both to Scottish/English and black music making cultures, it is difficult to ignore this unexpected link. Further, two of my maps support this link.

The first, a heat map of all of the data collected from the Lomaxes and Scarborough, shows that there is a strong presence of northwestern Virginian song in these anthologies of distinctly “black” music. The music in these sources helped shape American’s views of what southern black folk music is, and so the sounds of northwestern Virginia are a strong force in creating this view of folk music.

The heat map illuminates just how much Appalachian song represented folk music in the sources I data-mined. Another map, analyzing Scarborough’s data, shows songs that Scarborough collected from black mammies that had traceable roots in Scotland and England centuries before they came across the Atlantic. Please feel free to interact with the map below and toggle the layers to see lines connecting each song to it’s European origin.

When you look at the densest set of lines, and where they lead, you can see that many of the songs Scarborough collected that had roots in England were found again in northwestern Virginia. Is this a coincidence? Is there a reason that these songs were carried on by black mammies? Is there a connection between this and the fact that many songs from Appalachia have been formative in the creation of America’s perception of what American folk music is? These are questions to answer as this research moved forward. Where next steps are concerned, I am excited to look at more scholarship on Appalachia, perceptions of American folk song, perceptions of Lomax and Scarborough’s work and how the public consumed their work, and how “white spirituals” play into all of this research. This work also has many other avenues of possibility along which we can explore. What is the significance of prison music in all of this? How much of this music really relates to a Delta Blues tradition? Should we expect it to relate more to Delta Blues? Playing with how we have historically trained ourselves to think about this music is essential in the business of changing our perception. I hope to help us believe in not what is popular, but what is closest to that ever unattainable goal of historians: the truth. 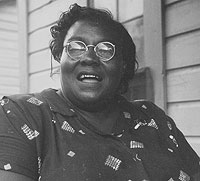 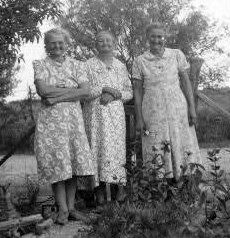 Barlow, William. Looking Up at Down: The Emergence of Blues Culture. Philadelphia: Temple University Press, 1989.

Davis, Francis. The History of the Blues. New York: Hyperion, 1995.

Gussow, Adam. Beyond the Crossroads: The Devil and the Blues Tradition. Chapel Hill: University of North Carolina Press, 2017.

Petrusich, Amanda. It Still Moves: Lost Songs, Lost Highways, and the Search for the Next American Music. New York: Farrar, Straus, and Giroux, 2008.

Wade, Stephen. The Beautiful Music All Around Us: Field Recording and the American Experience. Urbana: University of Illinois Press, 2012.