Fictional Memo on the Ballets Suédois in New York 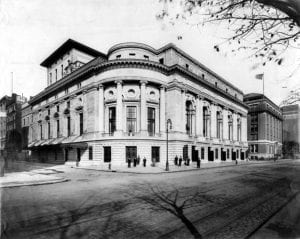 I am writing about the November 26th performance by the Ballets Suédois in Century Theater. I want to thank you for traveling all the way from Paris to perform in New York. However, your decision to program such extreme modernist pieces with non-traditional dance techniques may be well received in Paris, but does not fit the New York public’s taste.

Critics have complained that your overall spectacle was drowning in modernism and cubism in all aspects of the ballets. In order to please an audience here, you must keep your avant-garde pieces to a minimum. One critic of our theater said that he saw too many “daring pieces” and not enough “pretty things” to satisfy the public.1 Your major works from the November 26 performance, Les Maries de la Tour Eiffel and L’Homme et Son Desir, would be better left off your program because of their modernist tendencies and dismissal of true dancing. 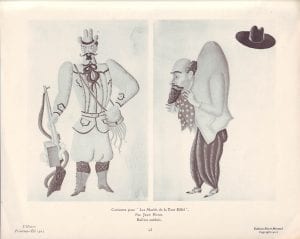 Many attendees to the November 26th performance were quite vocal about their disappointment over your dancing in particular, often comparing the movements to “pantomime” and “mimicry” rather than dance.2 Even your best dancer Jean Borlin, received harsh criticism for his poor dancing.3 One of the works on your recent program, Les Maries de la Tour Eiffel, was a scandal when it came out in Paris in 1921,4 and it is easy to see why. There is little substance to the plot, as is popular in the French modernist ballets today.5 While the movements in this ballet are carefully choreographed, they can hardly be called dancing. The movements themselves have no symbolic meaning: they are only there to serve the overall work of art, not be any kind of art in themselves.6 Additionally, the costumes are so large, awkward, and cubist, that they completely obscure the dancers’ movements and stifle their individuality.7 If the Parisians didn’t like this ballet a few years ago, certainly people in New York wouldn’t have liked it a few days ago at your performance.

The other important work of the evening, L’Homme et Son Desir was also filled with extreme modernism and low-quality dancing. The stage is set with four huge, vertically arranged platforms. Dancers on these platforms perform very minimal movements throughout the course of the ballet, some appearing not to move at all.8 Their role was only to provide a slight visual effect in the overall spectacle, not to truly dance. Watching these barely-moving dancers was nothing like attending a real ballet, and the New York audience was right to be disappointed by it. 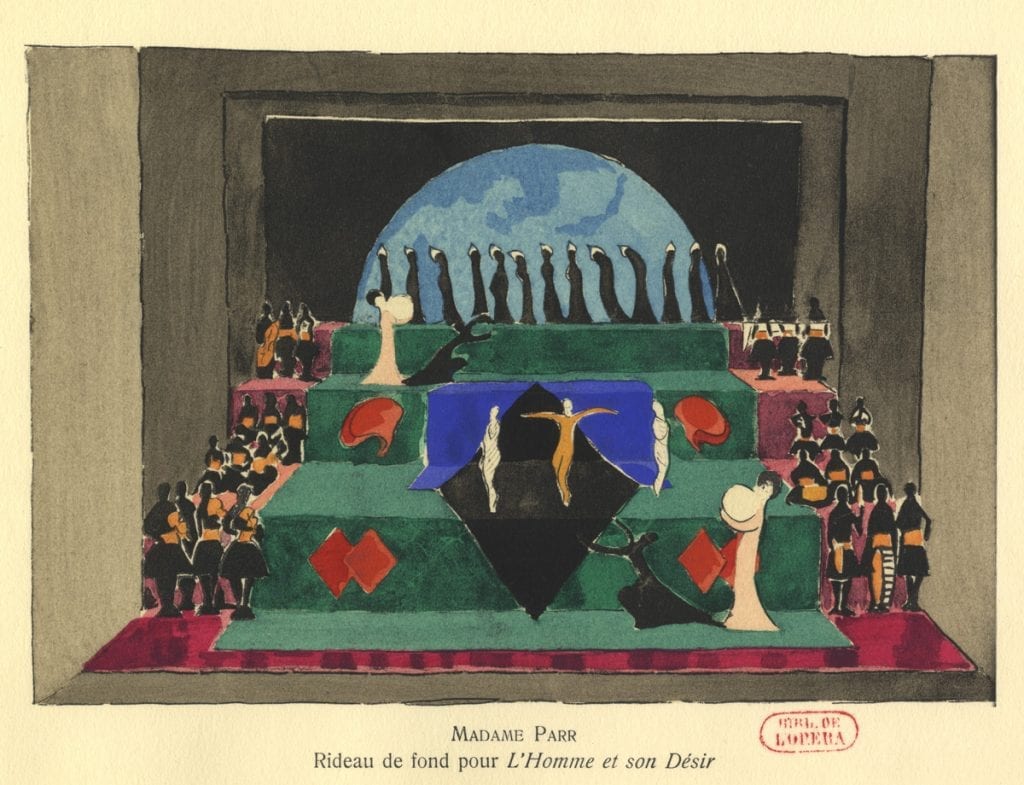 Both Les Maries de la Tour Eiffel and L’Homme et Son Desir were disappointing in that they were so focused on the overall image that they obscured details that matter in a ballet. While in Paris, we have heard that the Ballets Suédois has a reputation for being more daring and innovative than its rival, the Ballets Russes. The Ballets Russes toured the United States back in 1916,9 performing here at the Century Theater.10 It was an exciting spectacle with great dancing, and the memory of it created great anticipation for your arrival to America for years before now.11 We have heard about countless successful performances at the Théâtre des Champs-Elysées in Paris.12 However, your highly modernist approach to ballet was a disappointment to us, and a major reason for that was your dance technique–or perhaps lack of it. While the Ballets Russes has kept their dance tradition strong, the Ballets Suédois clearly subordinates the choreography to the overall spectacle.13 Your tradition of inspiring ballet from contemporary paintings is certainly innovative,14 but it has gone too far and detracts from the dancers themselves. Additionally, you are doing a disservice to your own dancers by diminishing their art, and I would be careful not to lose their loyalty to your company.15 The quality of the choreography makes it clear that you don’t see much value in dance. Although the Ballets Russes also present modern works, the dance itself is still important to Diaghilev.16 If your dance technique was as well-developed as the Ballets Russes, you would have a better reaction from the New York audience. 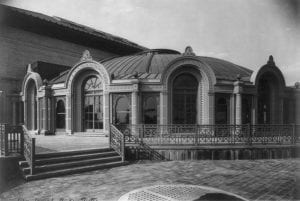 A further inconvenience in the recent performance was that the modernist sets were simply too extravagant. As you know, we had to move your performance at the last minute, from the Century Roof to our main stage at the Century Theater.17 The demand for a huge stage, and the need to postpone the concert date was a nightmare for us to settle at such late notice. 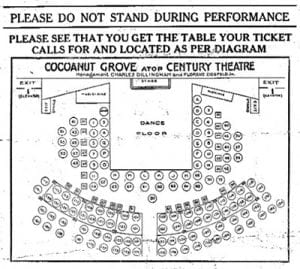 We realize that you expect to perform a return engagement in New York next month as part of your American tour. We have set a few requirements so that you may perform at the Century Theater again. First, please keep the New York audience in mind by programming works that are more charming and less modernist in nature.18 The audiences would like to see ballet with real dancing. Second, your next performance will be on the Century Roof stage instead of the main stage.19 The stage is smaller and the venue has glass windows and a relaxed atmosphere.20 Please plan your next performance accordingly for this space.

I do not deny that there may be great innovation and value in your art, but if you are to be successful in New York, you will take my advice. Thank you for your willingness to perform for the New York audience.

2 “America did not take kindly to the new art, which finds expression in mimicry and pantomime rather than in dancing.” Ray Jamieson, “The Swedish Ballet Comes Back!” New York Times (1923-Current File), December 30, 1923.

3 The author of this source claims that many Americans have this view, but disagrees with it. Rosenfeld.

15 Many of the Ballets Suédois dancers left the company when Maré didn’t help develop their dance skills. Garafola, 115.

18 Jamieson said of the return engagement: “The new numbers are so pleasing, so charming, so beautiful, the dancing so skillful and graceful…” Jamieson.