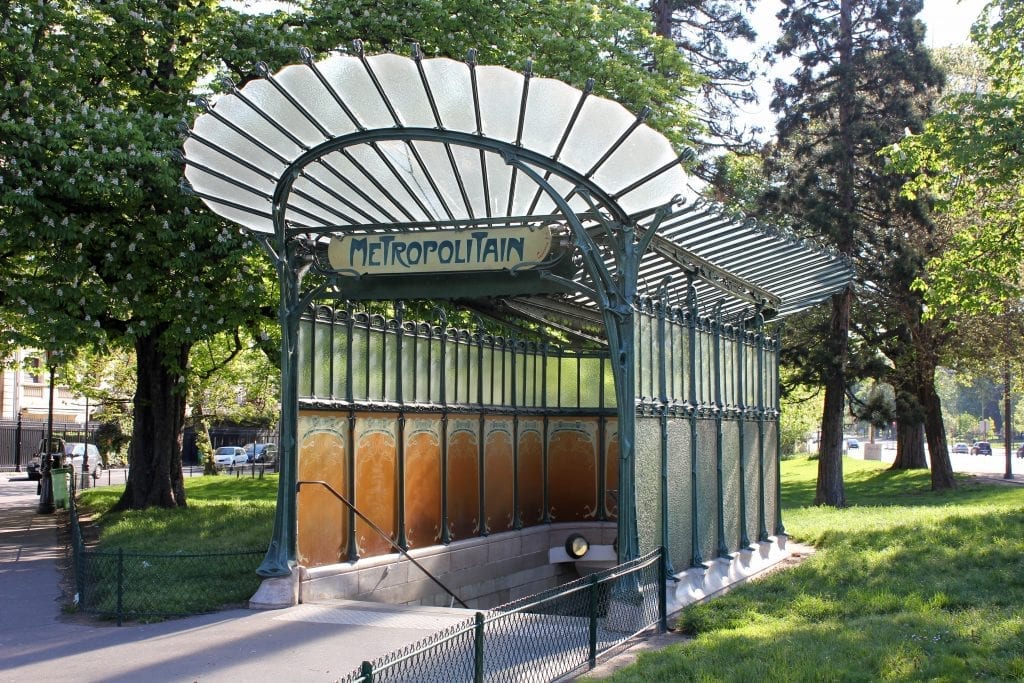 IX. Camille in the Métro

The zone non aedificandi was an area on the city boundaries essentially composed of shantytowns. Once, these had been the city’s fortifications, but these had done little to hold back the last few Germanic invasions and as such were being slowly demolished1. In their place sprung up the makeshift shelters of the truly destitute.

Since the turn of the century, a number of influential Parisians had clamored against the filth and disease of the slums. Progress, however, was slow. Only a few decades ago, cholera and tuberculosis still tormented the poorer districts of the city, although treatments for both were long established. One proposal to solve this dilemma had been to tear down the crowded slums and construct new, clean housing; the only trouble, as the zone clearly illustrated, was that there was already a housing shortage2. Any such demolition would surely aggravate the existing deficiency.

If the slums within the city were bad, the zone was still ten times worse. Ragtag mazes of haphazardly constructed hovels created some semblance of a town, but certainly not the Paris I knew. I doubted whether those wealthy patrons of the slums had ever thought to set foot here. Certainly, there was no organized entertainment to be had, no cabarets or cafés. A putrid odor lay on every breeze, so that even with eyes closed, there could be no escaping this purgatory. Instinctively, I raised my handkerchief to my face.

Sebastien Vuillermoz had been exchanging low whispers with one of the inhabitants of this wretched place, but as the conversation wound down, he gave me an apologetic glance.

“I am sorry – usually, I would not come here, much less bring a lady-”

“I understand, monsieur. The circumstances are lamentable, but we do what we must.”

Nodding his agreement, he added, “Your friend is nearby. Stay back while I deal with Mikhailovich.”

Even in my exhausted, wrung-out state, I was just enough of a feminist to resent that last piece of advice.

“What gives you the right-” I started angrily, but he interrupted.

“I don’t want to question your ability, mademoiselle. Mikhailovitch is a thug, not a gentleman – he recognizes no rules of engagement, no honor.”

“Where does that put you?” I challenged him. Vuillermoz smiled wryly.

“I have five brothers,” he said. “And I spent two years in the trenches. Let me deal with Mikhailovich.”

Still not entirely satisfied, I let him take the lead. We made our way stealthily through the stinking alleys until we arrived at a cabin (that was really half-tent). My companion signaled me to wait.

A brief pause. Then Vuillermoz kicked down what seemed to symbolically represent a door and leaped inside; I followed close behind.

My lost house-guest was cowed in a corner of the filthy, rectangular space. Seeing me, she dove past the dangerously engaged Mikhailovich and Vuillermoz, straight into my arms.

We stood back as the round of fisticuffs grew more and more disorderly. Vuillermoz was quick and powerful, but Mikhailovich was, well, huge. Despite Vuillermoz’s adeptness, I recognized his disadvantage.

“Look out!” I cried as the gigantic Russian feinted and palmed a knife, aiming it straight at his opponent’s jugular. With Lizzie still hanging on to me, I jumped forward, swinging my handbag and hitting it to the back of Mikhailovich’s head with a resounding “smack!”

Mikhailovich froze for just an instant, shock registering in his eyes, before he crumpled to the floor. Sebastien Vuillermoz regarded me with new appreciation.

“Nice aim,” he said, dabbing at his lip. “What exactly do you keep in that thing?”

All eyes swiveled to my handbag. I coughed uncomfortably.

“A lady never knows what she might need during the course of a day,” I observed innocently. Lizzie looked at me, eyes wide with admiration.

“My mother never taught me how to do that,” she noted with a fair amount of awe. I gave her hand a pat.

“Later. For now, can we please, finally, go home? I am so far past exhausted, and we still have my mother to deal with.”

“There aren’t any taxis for miles, though,” said Lizzie. “And it’s too far to walk.”

The pair of us looked expectantly toward Sebastien Vuillermoz, who shrugged.

“We’ll have to take the métro,” he said. “Bit of a walk to the next station, but it’s the fastest way back from here.”

I had never taken the métro before. Such means of transportation were not necessary to a young woman of my station – there was the chauffeur in his shiny, top-of-the-line automobile, or a taxi, or, if the distance were not too great, the floppy appendages at the end of one’s legs called feet. Traveling underground was almost too plebeian, no matter how progressive I tried to be.

Of all the horrors of my night, this may have been the worst. It seemed unending. Even this late at night, the train was crowded, and the specimen of the hour was none too friendly. Luckily, one eyeful of the ever taciturn Vuillermoz, now sporting a nasty cut on his right temple and a growing bruise on the opposite cheek, was enough to quell that potential issue. There were plenty of others.

For one, it was hot, far too hot. The air was stale and old. At times, the lights in the carriage flickered ominously or went out entirely, and there were long, intermittent stops3 – to let other trains pass, I later discovered. Lizzie and I huddled closely together, reassuring ourselves by piecing together all the evening’s events.

“Luis Cabrera met me at a café near the gallery,” Lizzie confided. “He seemed so nice, and I haven’t been having all that much fun, and you were occupied, so I thought, what’s the harm in it?”

“That’s my own fault,” I admitted. “I haven’t been a particularly good hostess. I am sorry. Go on, though – why didn’t you stay when you saw me at le Boeuf?”

“Luis said he knew a really great place, and you seemed really interested in the conversation you were having. I’d been having a good time so far with Luis, so I went with him. Only then we ran into that Russian, who had some kind of vendetta against Luis – I think it had to do with drug money – and Luis ran. I didn’t know where else to go, and then that fight started between the Russian and one of Luis’ friends, and then…” She bit her lip.

“And then he grabbed you?” I prodded gently. She nodded.

“He said he was going to hold me until Cabrera – Luis – came with his money. I was so relieved when you showed up. But who is this man that you’re with?”

“Sebastien Vuillermoz – he’s a political correspondent for the London Times. Used to do art critique – that’s how he knew the group at le Boeuf – but apparently the Times liked an essay he wrote on the war and picked him up.”

“Wow. Lucky you found him.”

“Yes, I suppose it is.” Considering that he was also a decent pugilist and seemed to know, well, everybody.

It was past midnight when Vuillermoz brought us up to the door of my parent’s house. Given that he still had a long way home himself, I deeply appreciated his chivalrous gesture.

Praeker opened the door – she’d been crying, and started all over again when she saw me. Her exclamation brought my parents, my cousin, and all the staff running.

Easily another hour passed before all the necessary thanksgiving, scolding, and introductions had been carried out to everyone’s satisfaction. Sebastien Vuillermoz finally claimed a long home journey and left, promising to call in a few days.

And I relished the luxury of upper-class living while I soaked away the grime of Paris in a very necessary, midnight bath.