A Fictional Letter from Jean Cocteau to Comte Étienne de Beaumont, May 26 1919

I offer you my humblest greetings. I trust you and the Comtesse are faring well? I write to you today so that I may inform you about a most incredible piece of music – and a business opportunity – which I feel you might take some interest in. I trust you are familiar with the Princesse de Polignac; her salons are famed throughout Paris as the premiere location for premieres – specifically, those of up-and-coming French composers. It is your intention, as I understand it, to make yourself known as a great supporter of the arts – and what better model to base yourself off of than the Princesse? Indeed, if one plans carefully, a Comte could become wealthier and more important than even the wealthiest Princesse. And, I would argue, the best way to achieve such a goal would be to commission fresh new French composers, even commission young foreign composers to write music for you as a Frenchman to be premiered and performed in France, and finally, support performances of the commissioned music.

Let me be your Virgil, then, as I guide you through the salon of the Princesse de Polignac. The piece of music of which I wrote earlier – it is the newest work by that master of modern French music, the old clever rascal we all adore. I write, of course, about my dear friend Monsieur Satie. Some time ago, I believe it was near to the end of May, I attended a performance at La Maison des amis des livres, that wonderful little bookshop on the rue de l’Odéon. There, Satie performed on piano while Suzanne Balguerie sang about the great philosopher Socrates – and such is the name of the work, Socrate – directly out of the mouth of Plato himself.[1] The music is shocking for a work by Satie, and not in the anticipated way. I read just the other day in Demain: “In truth, it is the sparseness of dissonance and the lack of harmony that gives the music strength. This composition is not bizarre; yet it still astonishes.“[2] This is no Parade; people will not be driven into frenzy because of their ignorance about true art, but instead they will be driven to frenzy by its insistence on the ancien. After all, what better a work to revive the music of Antiquity than one whose composer collaborates primarily with Plato?

Although in truth, I must admit there was another great influence on the project – the Princesse de Polignac also provided a significant input to the libretto as well as the original idea and, as she is wont to do, the money for the work’s composition. As Monsieur Satie himself has told me, the Princesse approached him three years ago and spoke to him of how she wanted to commission a new work, one that set Plato’s text about Socrates to music in such a way that she and two of her close friends could recite the text. You see, she had become increasingly interested in the Greeks since a visit to the country some years prior, and was inspired to learn the reading of the Greek of Plato and Euripides.[3] Desiring to show off her prowess with the language, I suppose, she asked Monsieur Satie to write music to this text by Plato, and he agreed, although it took some time to complete the work as he was preoccupied with the writing of Parade at the time. The work was only finished this year, and as I said, performed a few months ago – aside from the performance chez les amis des livres, the Princesse hosted one other performance herself, this past February, in her salon.

I would like to introduce the genius of Socrate to all of Paris, though, and you are precisely the person to help with such a task. You would benefit greatly to put on a performance of such a new work of music by a composer as respected as Monsieur Satie. The performance may well open to you more opportunities for performances and commissions. Of course, the Princesse must authorize the performance first – but I will leave that to you. Truly, all of France must keep a carefully trained eye on the Princesse de Polignac and the music that comes from her salons, as she has an absolutely impeccable taste in modern French music, lending ample support to our dear friend Monsieur Satie, as well as his young followers, Les Nouveaux jeunes, whom some are beginning to call Les Six (Imagine that! First the Russians had five; now we French have six! I wonder who will have seven?). Doubtless the Princesse will continue to support these young composers – Tailleferre, Poulenc, Auric, Honegger, Durey, and Milhaud. And I have no doubts either about the impact these last few will have upon French music. They are revitalizing it – they are remaking it! They scoff at what is old and démodé and instead write music that is new, clear, and most important of all, French.

And she supports more than these even! Another favorite of hers is our old friend Monsieur Stravinsky, whom I am sure you recall from his Firebird and Rite of Spring ballets. These both incited great frustration in their audiences, but this, I believe, is not a bad thing. As I wrote, “When a work of art seems to be in advance of its period, it is really the period that has lagged behind the work of art.”[4] Thus we can say, it is not bad or scandalous music that incites a riot, but instead they work themselves up because they do not understand and truly appreciate art.

Much of the music that has come out of the Princesse’s salons has been of this character – she must always have what is new and fresh, always pushing forward and further away from the stuffiness of the past. As an example of her taste, I show you Renard. This is a piece that Stravinsky wrote for the Princesse under commission (see how she has foreign composers write French music?). The work would, I believe, be an excellent addition to any concert where Socrate is also played. The Princesse has not had the opportunity to premiere the work yet, even though it has been completed for some time now; one would have to attain her permission to perform such a work outside of her salons. This could be a difficult thing, as I know she has fought fiercely with Monsieur Diaghilev to have the work premiered in her home, and he to have it premiered at the Ballets Russes, but neither one has given any concession to the other. You see, as it is a stage work, she needs the use of some of Diaghilev’s dancers and costumes, and he needs her permission (and perhaps her money as well – you know as well as I what state the Ballets Russes are in) to stage the work. In addition, I sense that Diaghilev may feel a touch jealous that his “poster boy” composer of the Ballets Russes would take work from someone else, and that she wanted to borrow his dancers to premiere the work outside of his control – I’m sure you are aware of Monsieur Diaghilev’s peculiarities.[5] I see you in a particularly opportune position in this problem, however; you are neither an agent of the Princesse, nor of Monsieur Diaghilev or the Ballets Russes. It could very well fall to you to see Renard performed; if you are able to speak to both parties and work out a deal, they may be more willing to work with you than with each other. I recommend capitalizing on this opportunity with all haste, before the two decide that they can abide each other’s company.

There is one other composer whom the Princesse has taken under her wing, and you know that means we must watch closely for what he does next. This is the young Spaniard Manuel de Falla. He is working to compose a ballet to be premiered in London – perhaps you can attend? In any case, he has another task: the Princesse has asked him to write a work for her salon. She was quite taken with him and his music, I hear, when she visited him in Spain.[6] I eagerly await hearing the work – of course while it will not necessarily be French in any traditional sense of the term, I am certain it will be wonderful new music. And in commissioning a non-Frenchman to write music for her, the Princesse encourages de Falla to write music that will be successful in France – meaning that, the composer will aspire to match the artistic greatness of French musicians. Once again, I urge you to model your support for music after the Princesse’s; her method has been proven successful, and I feel a Frenchman as strong of character as you could even surpass her success. 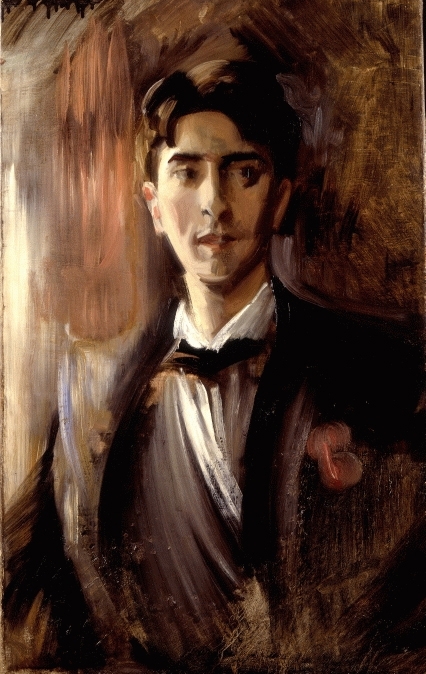 So, I suppose it is about time I conclude this letter – it has become quite long already! I wish you and the Comtesse good health.