Gladys Christine Fearing (1893-1924) was a pianist and teacher in early 20th century New Jersey and Washington, DC. Fearing was a 1911 graduate of the Washington Conservatory of Music whose life exemplifies the racial uplift ideals upon which the Conservatory was founded. Due to her early death at age 29, little information exists, especially letters and other personal ephemera. Despite this lack of information, it is evident that Fearing made an impact in vibrant Black musical communities.

Fearing was born in Washington, DC, in December 1893 to Warren G. Fearing and Mary Fearing.1 Her mother did not work, but her father was a government copyholder who became a Treasury Department messenger.2 This family connection to the government demonstrates that Fearing grew up in the Black upper class. At age 11, Fearing was a bridesmaid at the wedding of Ida Gibbs and William Henry Hunt.3 Gibbs was the daughter of Mifflin W. Gibbs–the first Black judge in the country–and the sister of Washington Conservatory founder Harriet Gibbs Marshall. William Henry Hunt was the U.S. consul to Madagascar. Even as a child, Fearing found herself at events of the Black elite–specifically with her future Conservatory teacher. This wedding suggests that the Fearing and Gibbs families existed in the same social network for some time. Both families had a high social status and emphasized racial uplift ideals, which were often passed down through powerful families like theirs.4 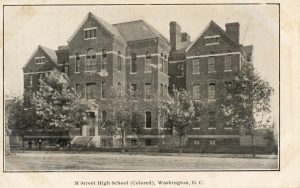 One core tenant of racial uplift ideals was schooling, as education and social refinement determined the elite in Black communities.5 Fearing graduated from M Street High School and the Washington Conservatory of Music in 1911 with a degree in Piano and Theory.6  Though not much information exists on Fearing’s musical opinions, her attendance at the Washington Conservatory likely instilled in her the idea of classical music being high class. This perspective was common among other Black intellectuals and classical musicians of the time, such as Nora Douglas Holt.7 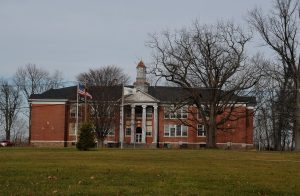 After leaving Howard, Fearing was appointed as a music teacher at Bordentown Manual Training and Industrial School in New Jersey from 1915-19, and then at Dunbar High School in Washington, D.C., from 1919 until her death in 1924.10  Fearing was one of the “anonymous infrastructure” of Black women who went from musical institutions like the Washington Conservatory and influenced the musical values of Black communities through schools.11 Fearing’s teaching journey exemplifies why Marshall founded the Washington Conservatory of Music and School of Expression. One of Marshall’s goals was “the thorough training of gifted negroes who will use negro music in education institutions, especially in the southern states.” 12

While Fearing passed away at age 29, she likely made a significant undocumented impact on the musical communities in which she participated in New Jersey and Washington, D.C. Fearing’s path through education as a member of the Black upper class was part of a trend in Black musical life grounded in racial uplift ideals. Gladys Fearing may have lived a relatively short life, but it was rich in meaning. Her teaching influenced music in Black communities and exemplified the uplift ideals upon which the Washington Conservatory was founded.