Reading is What? Fundamental!

Archival research is underway, and our team has begun constructing biographies of Washington Conservatory of Music graduates. Though this is my favorite part of the project, I would not have understood the context in which they lived without reading secondary sources. Our team has recently met with five(!) scholars and read some of their work to prepare for those conversations. In doing so, I learned about the intellectual debates surrounding racial uplift and how this ideology inspired Black women that made lasting institutional and pedagogical impacts on Black musical communities. 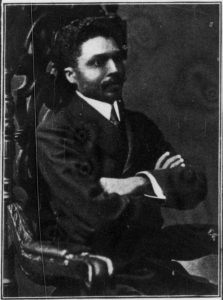 Racial uplift had various definitions, but broadly was a self-help philosophy and social movement aimed to create a better public image of the Black race through socioeconomic advancement. In Kristen Meyers Turner’s article, Class, Race, and Uplift in the Opera House: Theodore Drury and His Company Cross the Color Line, she notes that upper-class Black folks justified their social status through achievement, culture, education, and sometimes wealth.1 One such performance of gentility was attending operas by companies like Theodore Drury’s. He was a Black impresario whose troupe sang English operas, which were seen as middle class. English operas, though, were still high-brow enough to convey the talent of Black musicians, contributing to racial uplift ideals.

The elitism of opera made it the center of less discussion than spirituals were. There was much debate among Black intellectuals about whether to preserve spirituals or use them in new ways. As Sarah Schmalenberger asserts in her dissertation, The Washington Conservatory of Music and African-American Musical Experience, 1903-1941, Langston Hughes, Alain Locke, and W.E.B. DuBois used spirituals to frame their arguments of racial expression and uplift.2 Amid these debates, Black musicians grappled with balancing their desire to preserve folk spirituals with their goal of an elevated cultural status, which may come from turning to concert spirituals.3 Both Turner and Schmalenberger address how different genres of music contributed to racial uplift while offering insight into the debates that influenced how Black performers made music. 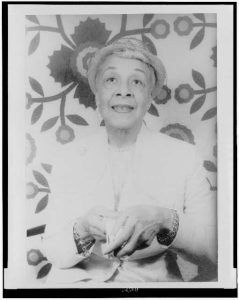 As Black musicians confronted how to achieve racial uplift through music, Black women, in particular, tore down barriers to knowledge. Lucy Caplan’s article, ‘Strange What Cosmopolites Music Makes of Us’: Classical Music, the Black Press, and Nora Douglas Holt’s Black Feminist Audiotopia, illustrates how Nora Douglas Holt made concert halls, typically a white space, more accessible to her Black audience. Holt, the first music critic for the Black newspaper The Chicago Defender, used her columns to vividly describe the concert scenes and included music pedagogy. This made concert halls, an overwhelmingly rich and white space, more accessible to her Black readers, exemplifying her mindset of “lifting as we climb.”4

Rooted in the same uplift ideals, other Black women formed educational institutions. In Karen Bryan’s article Radiating a Hope: Mary Cardwell Dawson as Educator and Activist, she highlights Mary Cardwell Dawson, a New England Conservatory graduate who founded the Cardwell Dawson School of Music. With an interracial faculty and student body, Dawson’s school aimed to center Black music in western European concert genres.5 The Washington Conservatory of Music, the first conservatory founded and led by a Black woman, was similarly founded based on Harriet Gibbs Marshall’s experience at Oberlin Conservatory.6

Institutions like the Cardwell Dawson School of Music and the Washington Conservatory of Music had lasting impacts. The Black women teachers that attended these schools may have used their conservatory experiences to influence their teaching. Most students at these two conservatories were women, and most public school teachers were women. Thus, Schmalenberg submits,

“It is highly plausible that the musical traditions, preferences, and values of black communities were guided primarily by women.”7

Black women were part of an “anonymous infrastructure,” guiding how music was shaped in Black communities across the country.8

Caplan, Bryan, and Schmalenberger note that Black women were critical in providing access to musical knowledge because they believed lifting the lower class Black community benefits the race. These uplift ideals are why we are interested in mapping the Black musical networks of the Washington Conservatory of Music. Through this project, we hope to better understand the anonymous infrastructure that stemmed from this institution.