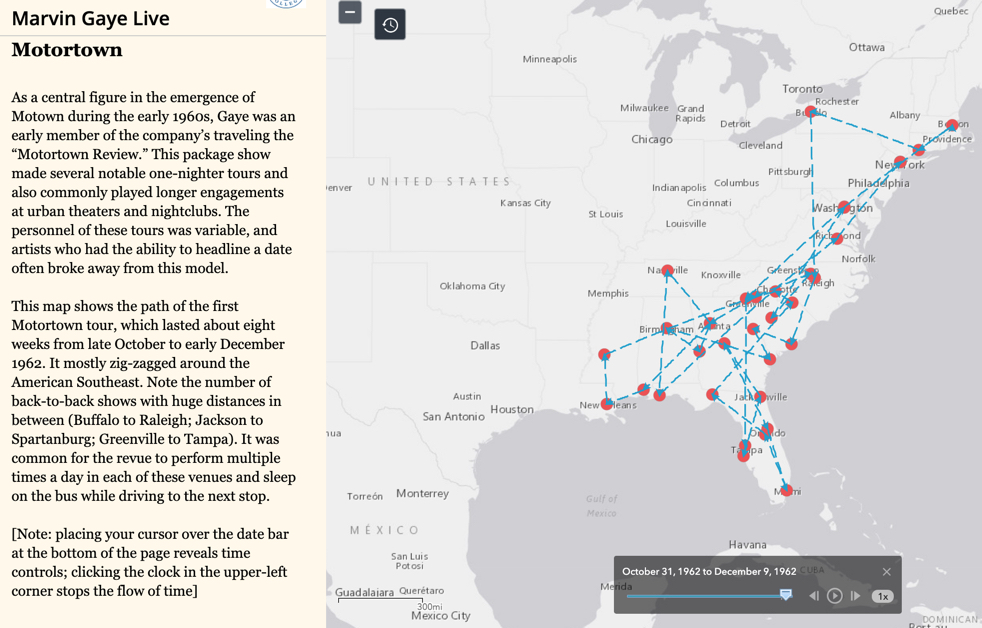 Produced by musicologist Andrew Flory and several teams of students at Carleton College, this project  visualize Marvin Gaye’s performance career, which included over a thousand performances over twenty five years. The project contextualizes Gaye’s careers within the racial politics of segregation, as important for understanding his performances in the American North and West as in the South. Taking full advantage of the ability of ArcGIS Storymaps to present multiple maps, embed primary sources, and link to sound clips, Marvin Gaye Live serves as a model for the many ways in which maps can be used to illuminate new aspects of music history for an audience that includes scholars as well as the general public.