On an adventure we go, to the American south, where folk songs and tunes await!

John and Ruby Lomax differed from Scarborough in many ways. John worked for the Library of Congress, and was a professor at Texas A&M University. He recorded folk songs in person and his second wife, Ruby, took the field notes as she accompanied him on the journey. Emily Dorothy Scarborough, on the other hand, was much more recognized as a writer at the time, having earned a Ph.D. (compared to Lomax’s Master’s degree), yet her book is much less scholarly in nature. As a literary figure and professor at Columbia University, Scarborough was less inclined to take detailed notes and more inclined to compile and tell overarching stories that connect songs together. Her book has no index or footnotes – she at times even just refers to other professors by their last name and gives no citation to the specific work of theirs from which she got a few of her songs. This contrasts with Lomax’s field notes, which are meticulous and tell stories about each individual or group who sang songs for them. 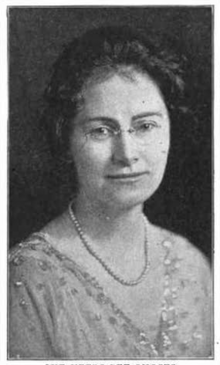 Though their style and overall goals differ, Lomax and Scarborough have one unifying force: the story behind the songs is far more important than just writing down that the song exists. The context and origins and performers are all carefully considered to draw qualitative, not quantitative, conclusions about the music

So now, as I move toward mapping and displaying these songs? How does one display the quantitative data without losing the human aspect of it? It lives. It breathes. And the maps should, too. With Lomax’s field recordings, this task is made easier. Through the ArcGIS Storymap platform, I can make an interactive, narrative map that includes pictures, audio, and other media. This way, I can merge the human and very real aspects of the music collecting with the digital side of things.

However, the colorful threads of Scarborough’s data are more difficult to weave into a storied tapestry. Because most of the songs in her book are from submissions sent to her in the mail from all over the American south, there is no clear chronology, no clear narrative to follow. A Storymap on her data could be separated in the way she separates the songs in her book: by genres determined by the collector herself. However, this may be better represented in a regular ArcGIS map with each layer being the different genres of song. So, the Storymap loses again. Scarborough’s prose about different genres precedes all the song listings, so they cannot be associated with any one song in particular, nor can we place her surmisings like a blanket over all the song she has collected. So, what is to be done?

I believe that I could put Scarborough’s musings into a sort of prologue or introduction to a map, and that would assist in creating some fusion between the human aspects and the digital. Scarborough, unlike Lomax, also includes transcriptions of the songs for many of her collected treasures, and so I can also include those snippets in the entries in order to create a more well-rounded approach to the music.

Overall, the comparison of qualitative and quantitative data is relevant when comparing the collection styles of Lomax and Scarborough but also in questioning how best to represent humanities research in a digital platform. The marriage of these two contrasting ideas – qualitative and quantitative, human and digital, leads to different approaches to the data, though, and should not be dismissed due to difficulties in representing the findings.