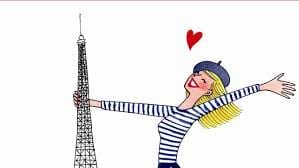 As Coco Chanel, famous French designer of the 1920s, beautifully put it : fashion does not only exist in clothes. In fact, more than that, it is related to our everyday lives, ideas and results from changes within our societies.

When we think of French fashion, we often tend to think about Chanel, Louis Vuitton, striped tees with red lipstick, Moccasins, etc . All that may be true and in fact very beautiful because I mean, French people look cool (at least in my opinion). However, there is one problem with that. In fact, as beautiful as all this sound, it still remains a very incomplete perception of French fashion, which prevents us from discovering and properly understand “La Mode Française” in all its fullness.

Even though I spent two years of my life in Paris, I too had a very limited perception of French fashion, until I came across a chapter of Classic Chic by Mary Davis, entitled Magazines, Music and Modernism.

This chapter of the book helped me have not only a better historical knowledge of music and fashion in the 1920s but also made me realize that among all the untold and not so popular stories about French fashion, there is particularly one that makes it even more special and unique, which is the influence and contribution that Jazz had on making Paris today “La Capitale de la mode”, in other words the leading city of fashion in the world.

If you are like me, and never thought about the connection between Jazz and French fashion, let me tell you one thing: it’s okay ! In fact, it is never too late to learn more about it so let’s take a look back at the 1920s Paris, in order to understand more about the way Jazz came to define a new “tournure” in French fashion.

After World War I, society began to change quickly, whether it be in the domain of technology, customs, the arts, or manufacturing. Les Années Folles (in English “The Crazy Years” or “Roaring Twenties”) has been for Paris a century of enormous changes, which led to some of the biggest creations that France has ever known. 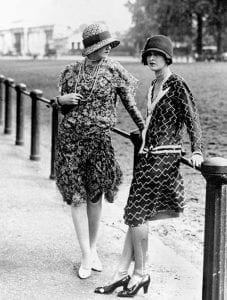 Among the various creations that emerged, Jazz seemed the be the most popular at the time, mostly because of the strong American influence that resulted from the war.

Paris then quickly became a haven for many African American Jazz musicians such as Sidney Bechet, Josephine Baker Kenny Clarke, etc. and led many great French musicians and composers to progressively adapt this style.

As much as music represented the rapid movement and changes in the 1920s, so did fashion. With the rise of Jazz music, as well as music being more and more perceived as a symbol of education and accomplishment, women in general grew a desire to be more involved into music.

With the emergence of fashion magazines, which often times portrayed images of stylish women posing and making music or discussed the clothing, jewellery or hairstyles of music icons and dancers, society women, particularly those from the elite class, became more inclined to copy their styles.  Moreover the emerging mentality then was to find beautiful clothes that could allow women to move.

This led women to quickly abandon the old customs of the Victorian era (such as incredibly tight corsets) and aimed for more loose and fashionable attires suitable for women who wanted to sing, dance or simply be free. 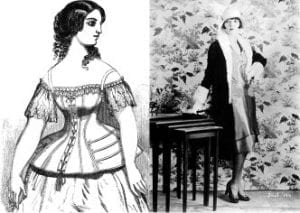 Nightclubs and concert halls in particular became some of the city’s main venues where men and women would get dressed up and listen to the newest Jazz songs. 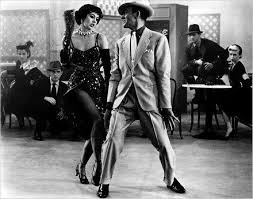 Jazz, therefore, made it possible for many men and women to rediscover their sense of style and fashion and seemed like a perfect opportunity for many to show off their very sumptuous and elegant clothing while dancing Charleston or simply listening to the most popular Jazz songs.

Below are some of the examples of styles that emerged during the Parisian Jazz Age. 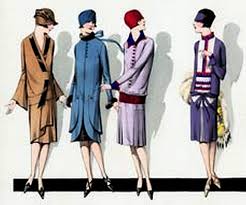 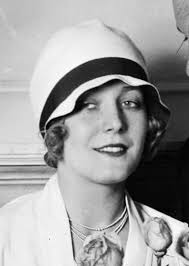 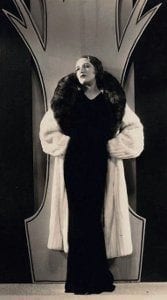 The 1920s, as we can see, seems to be a perfect example of “La mode à travers les arts” (in English “Fashion through the arts”) as, through music, French fashion was able to expand and take a completely new turn.

I hope that you now have a better understanding of the influence of Jazz on Paris Fashion, which I am sure we all admire !