In 1920s Paris, nightlife was inseparable from the social, financial, and artistic life of the city. In the early 20s, Milhaud himself loved spending his weekend-nights entertaining, gallivanting around town, and frequenting nightclubs with his fellow artists. 1 Bar Gaya on rue Duphot became a favorite spot, attracting the rich and/or famous, and lovers of the avant-garde. In 1921, Louis Moyes moved the increasingly popular club to 28 rue Boissy-d’Anglas, renaming it “Le Boeuf sur le Toit” (The Ox on the Roof).2 The club was named after Milhaud’s “Brazilian showpiece,” which got its title from a Brazilian popular song of the same name.3 In-house pianist Jean Wiéner “set the tone by playing jazz-like music with an African-American saxophonist named Vance Lowry.”4 Picassos and Picabias adorned the walls of the establishment, and Paris’ best dancers shimmied away to le jazz.5 Milhaud was joined at Le Boeuf by Ravel and members of Les Six, and “the influence of jazz on the music of [these] Parisian composers […] was in some part a result of what they heard there.”6 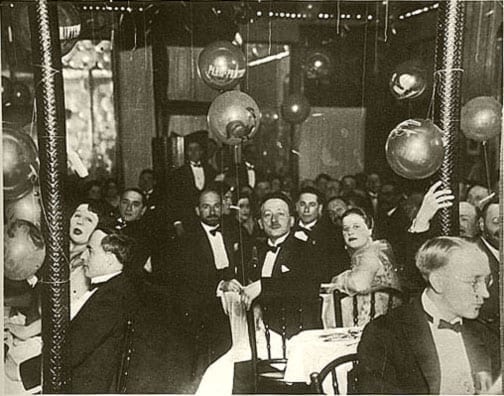 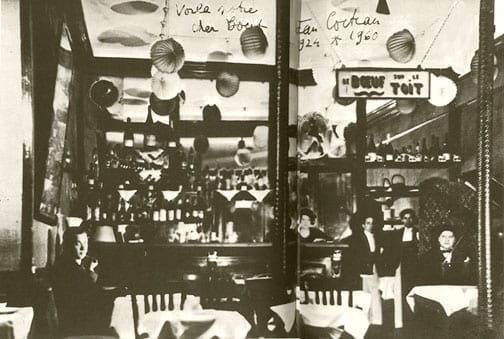 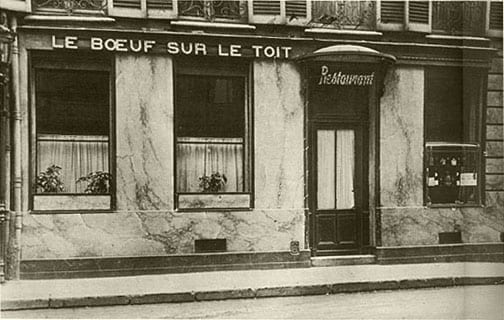 More than a nightclub, Le Boeuf was a source of artistic and musical inspiration, a place for social networking, and an environment in which “modernism became the coin of an international pleasure style.”9 In nightclubs like Le Boeuf, art, fashion, aesthetics, and consumerism became increasingly linked as artists, impresarios, patrons, and consumers struggled to define what it meant to be “modern” after years of war, destruction, and loss.

3 Ross, The Rest Is Noise: Listening to the Twentieth Century, 102.

8 Virgil Thomson, quoted in Ross, The Rest Is Noise: Listening to the Twentieth Century, 102.