Fantastic mysteries and where to find them

How do you conduct research when the data has already been collected for you?

I face this question often as I catalog the Ballets Russes data. Since Jane Pritchard, Sarah Woodcock, and Lynn Garafola have already collected all of the Ballets Russes performance data that I need, it can feel like I’m a mindless drone entering the data. It’s difficult to feel like I’m really researching anything at all sometimes. The doldrums of data entry can seem endless.

However, there are times when there are inconsistencies between the lists, when I need to search for the address of a razed theater, or find out why the same piece has four names. While these instances are also more frustrating, that is the nature of the beast. If there were no challenges, no triumphs and times when it seems hopeless, I’m not sure that the end result would be A) as rewarding, or B) as much of a contribution to the field. Since there is a valuable lesson to be learned in taming such a beast, I believe some specifics are in order. 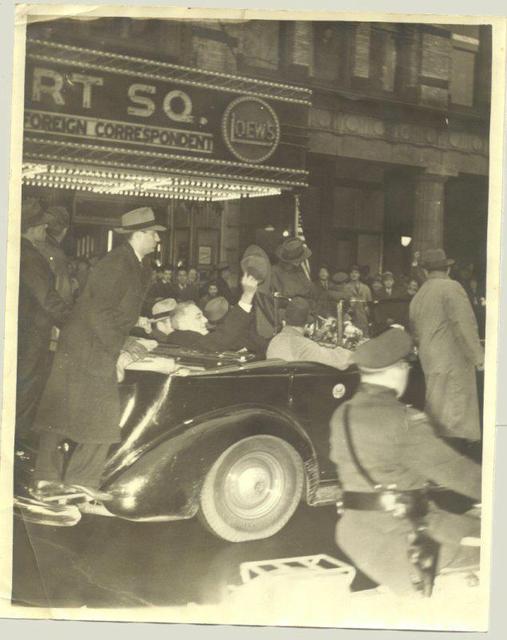 The outside of the Court Square Theater. http://cinematreasures.org/theaters/4645#

First of all, finding data can be the most challenging part. When I come across a performance in a venue not yet entered into the form, I first off do a Google search to see if it still exists. If a theater with the correct city and name comes up, I do some digging to see if it is the theater that the Ballets Russes performed at (usually just checking that it was called the name I have written down during the time period that they were performing there). Even if a theater was built in, say 1970, you can check the history of the theater to see if it was built on the site of the older theater of the same name (as is often the case). This is all relatively easy and usually doesn’t take very long. The real problems arise when the theaters have been demolished.

Not to degrade America, but we apparently place more value in parking lots than historical buildings. Okay, I will admit that the asinine actions of certain individuals have not only destroyed historical places. but made my research much more difficult. Especially regarding the American tour of the Ballets Russes, many of the venues no longer exist – but I need to find them in order to map them! The lack of appreciation for the beautiful artwork and architecture of the time shows. In order to find the places that no longer exist, I’ve discovered that finding data from any source – reliable or not – can provide an ample springboard. For example, Cinema Treasures documented hundreds of cinemas that were destroyed, but the site itself provides no information as to its credibility. However, if I search in address given, often a more reliable source comes up with the information it would have taken me hours to sift through. I then can triangulate the address with more reliable sources, and confirm with confidence where the building once stood. Usually, Google works just fine for this since Google Books has so many sources digitized.

Finding data about confusing piece names is another story. Authors are often unclear as to when and why a piece changed names, and even in the catalogs of the data from Pritchard and Woodcock, they switch names for a piece seemingly at random. Le Soleil de Nuit, for example, is a ballet by Nikolai Rimsky-Korsakov that was more commonly known as Midnight Sun in it’s later years. However, when programs in Paris printed the piece, they kept the name Le Soleil de Nuit. Thus, the itineraries I’m working with have two names for the same piece and switch back and forth between the two (depending on where the piece was performed). The only way I’ve found accurate information as to the multiplicity of names has been through searching the parts of physical and online books that analyze the Ballets Russes. Often, books will have academic writing and analyses in the front of the book and itineraries/appendices in the back with piece names, etc. The way to find the change of name, though, is in the real meat of the book, not the back. This requires more sifting and takes longer to research than venues, usually.

Additionally, it sometimes is difficult to know who to give credit for in terms of the compositions themselves. Many of them were written before and re-orchestrated thirty or so years later by a different composer. How do I know which one to credit? Usually, the safest bet is to see what they would have said. Searching Gallica (the BNF archive) or online, digitized programs usually can give me an idea of who they attributed the music to. Another way is to look the composer up on Grove music online and to see if they attribute that piece to the composer. Usually, I have to explain in the description of the entry how the orchestration occurred.

In equal measure, these issues in data entry make my research both challenging and rewarding. The mysteries that once shrouded our understanding of the Ballets Russes are uncovered and solved – this eventually will lead to a more complete and accurate perception of their work.

Look out for part two of this post – I’ll tackle the difficulties that come with analyzing the maps. What an exciting cliffhanger!