This semester, my papers have been centered around what seems like a random collection of topics: female composer Germaine Tailleferre, the Concerts Colonne, and Francis Poulenc’s Sonata for Clarinet and Bassoon (its premiere and how course themes relate). Some of this course’s themes apply more directly to some topics than others. We read about instances of camp (sexuality theme) in some of Poulenc’s pieces and race in his Rapsodie Negre. Tailleferre (the only female member of Les Six) brings up issues of gender and patronage (with the Princesse de Polignac, for instance). Some patronage and topics about class/money can be talked about regarding the Concerts Colonne. Two themes that emerged most powerfully in my research and can be applied to all of these topics are sexuality and Frenchness (nation).

It may be a bit of a stretch to discuss sexuality in terms of the Concerts Colonne or its conductor Gabriel Pierné, but this theme applies strongly to the other topics. Tailleferre was straight, but her marriages and personal life caused her much pain and influenced her greatly. One of her main patrons (the Princesse) was a lesbian, and we read about how this possibly influenced her relationships and the music and musicians/composers she supported. Poulenc was gay, which influenced his writings. Plus, he and Tailleferre were both members of Les Six, so there are possibly some connections there (though we have not discussed them).

Speaking of Les Six, much of their music was a reaction against impressionism and German romanticism. Though each composer had an individual style, they did collaborate and their pieces can definitely be seen as exhibiting French traits (or “Frenchness“/nation ideas). This aesthetic and an imprint of Parisian popular music was evident in Poulenc’s Sonata, as I mentioned in that paper. They also made references to everyday life in their music. Though the Concerts Colonne played a variety of works, it essentially embodies “Frenchness” as well. This organization has had a great reputation and strong presence in Paris since 1873. It presented the works of many turn-of-the-century French composers and was known for its longstanding history in the Théâtre du Châtelet. During the early 1900s, many French composers and musical institutions were concerned with creating a French musical identity, differentiating themselves from other -isms that occurred before.

It must be noted that issues of class are present (if more indirectly, with perhaps a slightly lesser influence) in all of these topics as well. Music at this time was still very much so a “pay to play” profession. If it wasn’t for patronage and the funds to make it as a composer in school and in their careers, Tailleferre and Poulenc would have had very different lives. The Concerts Colonne constantly dealt with many money problems: commissioning composers, ticket sales, musicians’ wages, etc.

The course readings, listenings, and class discussions have helped lay a thick foundation to understand the people, institutions, and pieces I’ve studied. Before taking this class, I knew very little about 1920s music in Paris. The readings especially aided in gaining a wealth of knowledge about the details of these topics. But, there was also a nice balance of keeping the overarching themes and bigger ideas in mind (especially in class discussions). The readings and discussions helped look at pieces and composers from angles I hadn’t considered before (at least in depth). We learned how different people and institutions were intertwined and related. As a result, when I was researching and would come across a term or idea, I had a web of connections and a shelf of information about it that my brain could call upon to analyze and understand it. 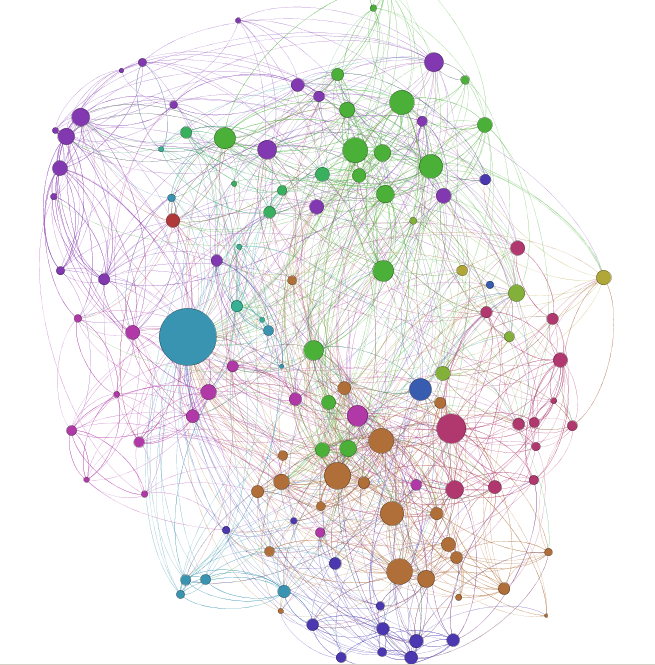