The Interconnectedness of 1920s Paris

The reason I elected to take this course was that I have always been fascinated by the environment of Paris during the early twentieth century. I have often said that if I had a time machine, one of my first stops (after visiting Jesus and John Calvin, respectively) would be to Paris during the 1920s. I am fascinated with art history and with the connections between art and music during early modernity, and this course seemed like the perfect way to continue exploring that particular context from a musicological vantage point.

The course has reinforced my sense that Paris was a center of cultural and artistic creation during the 1920s. Our cultivation of the musical performance database has demonstrated that musical premieres and important concerts were happening constantly in the city; our study of institutions has revealed that there existed not just one but a great number of important musical venues for music in Paris; and our work learning about composers and dance troupes has contributed to an overall knowledge of the gravity of the artistic work going on there during the 1920s. In my first paper, I explored a complex network of relationships between dancers, choreographers, and composers, leading me to further understand the interconnectedness of the artistic scene of 1920s Paris. In my following two papers, I delved into the worlds of three very different institutions, gaining a deeper understanding of the factors that contributed to the thriving of such a thriving music community, including those of money, patronage, and nationalism. 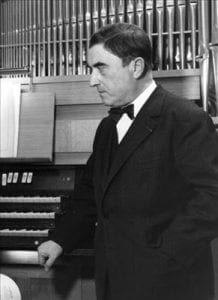 In my final paper, I will explore one of the great organ works of Maurice Duruflé, the Prélude, Adagio, et Chorale Varié sur le Theme du Veni Creator, Op. 4, through the lens of religion. I have felt throughout the semester that I would like to add that lens to the five other diverse lenses we have employed in our work, and this Duruflé piece will likely serve as a great one to analyze through a religious lens. I hope to employ the techniques the best of the writing we have examined thus far, using my knowledge (and further research) of the theology of the Holy Spirit to make a convincing, novel statement about an important work!