The Théâtre des Champs-Elysées was built in 1913 by architects Henry Van de Velde then Auguste Perrett, the painter and sculptor Antoine Bourdelle, and the painter Maurice Denis. 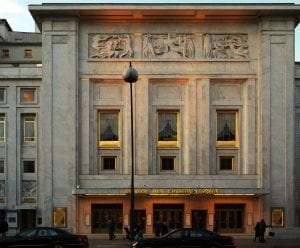 Various works have been performed and also premiered at this fine establishment such as the Rite of Spring by Igor Stravinsky. In regard to my research, I have been having trouble finding a solid book sources about the Théâtre des Champs Elysées.    I have found some little bits of information but I would like to find some sources with information specifically around the 1920s. Most sources I have delved into talk more about the performances instead of the establishment itself. I am going to research into more sources. 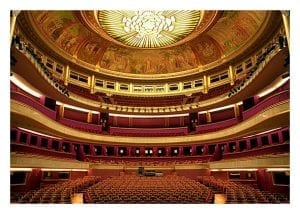 The sources I am hoping to find more information will be through scholarly papers, journals, and articles. Through these articles I hope to discover how the building influenced performances and why these sometimes premiere performances were selected at this location. From what I have researched, the architecture of the building is well crafted and seats many people.

Within my research I want to focus on the particular ballet performance of Le Train bleu. I want to discover interesting facts that led to this location being selected and how the structure of it impacted the performance. Milhaud had many performances there and I want to research into another well known piece of his. 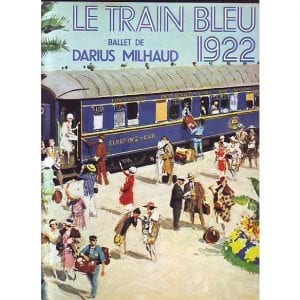 The building still continues to be in use for various performances including three major opera productions as well as other works. It houses a variety of orchestras including the Orchestre National de France, Orchestre National de Lamoreux, and the Vienna Philharmonic Opera. The Theater continues to be a place of entertainment and a source of joy for music.