The good, the bad, the “Negrophilia”

The question here is not whether people enjoyed “Negro” culture. The essence of this post is whether there was a genuine enjoyment or a condescending one.

I’m going to argue that there was a condescending and racist overtone with the enjoyment of Black Culture, similar to visitors poking monkeys with a stick in a zoo. This boils down to two points; that Parisians elevated their culture, and that they pushed Black culture down so they could feel comfortable enjoying Jazz despite wanting to seem refined.

André Levinson(1) tries to argue that the reason that black culture has taken haven in Paris is because it had been refined into a “professionalism”, thus the Parisians were more likely to engage in the entertainment. “the Negro dances of today are no longer beings possessed by devils, but merely professionals” (75). He goes on to state that “The really devil-ridden today are those European idlers who passively give themselves up to an enjoyment of the Negro dance without setting up any barriers to its atavistic, demoralizing appeal”(75). I would think that these barriers are more elevations than anything. A condescending dais on which to peer at the world, to keep their culture contained to themselves, and to not allow traffic in or out of the circle of “high culture.” 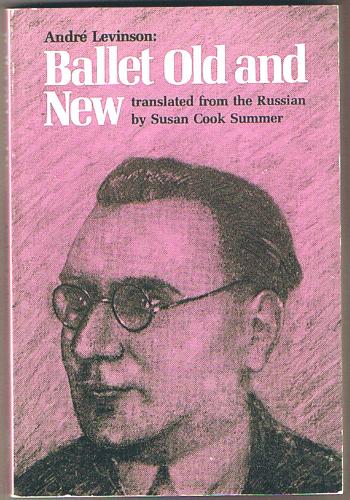 A book by and somewhat caricature-like portrait of Levinson.

Throughout the entire article, Levinson compares Ballet to “Negro” Dancing mainly on acoustical function. What’s more interesting is the word choice he uses for describing both things. He uses positive words for Ballet and negative for Negro dancing.

And in some sense, this does make sense. They’re different style of dancing, of course the words describing them would be different. However, I feel that these word choices are hand-picked to the biases of the writer. Again the verbiage portrays an enlightened French society and a degenerate Negro culture.

A future question to pose would be not if French Society was enamored or controlling of Negro culture, but whether the racists tendencies were broadly intentional or possibly the only way they knew how to express other cultures. An interesting thought at the very least.