The idea of Negrophilia originated way before the era of 1920s Paris. Jazz in Paris had evolved into a new cultural idea that was a fascination for the French people. It was brought by American Military bands in 1917. 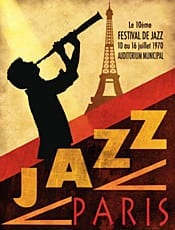 French society was enamored with what it brought to their culture but was ambivalent in whether it was a positive or negative aspect. Its ideals created controversy through various forms of art especially music. Darius Milhaud’s La Création du Monde is a prime example of utilizing african roots and implementing them into the French music but generated various attitudes after its premiere. 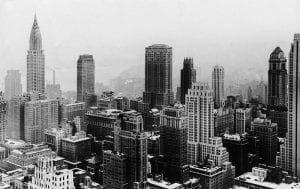 He was very fascinated by the African roots and emotion that underlied the music. After coming back to Paris, he decided to implement the jazz elements he had encountered into his music. It was a large production that included the wonderful contributions of Blaise Cendrars (Story through African Folk Mythology), Fernand Léger (Set Design and Costumes), Jean Börlin (Choreographer), and Ballet suédois.

The premiere was successful but not in the way it should have been. Critics had various views ranging from love for it and calling the work out as racism. In Gendron’s article “Negrophilia” he quotes Milhaud’s reaction to negative critics: “critics decree my music was frivolous and more suitable for a restaurant or dance hall than for the concert hall”.[1] 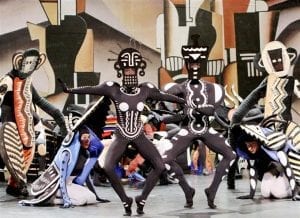 But Milhaud was unlike other modern composers. He did not appropriate jazz for experimentation, he saw it as an innovative art from that told stories. He felt that modern composers should promote the “sonoric and rhythmic innovations for the concert setting” because most had failed to show the potentialities of jazz when innovating them in their works.[2]

French society was celebrating Jazz but through negative appropriation. Darius Milhaud was one of few individuals who viewed the exotic form of jazz as an art worth respecting. He did not attempt to negatively appropriate but rather to celebrate it and give it the honor it deserved. He felt it was more than just entertainment but exemplified the history of African roots. Although its elements were exploited, it provided French culture with a new innovative outlook on jazz.

[1] Gendron, “Negrophilia,” in Between Montmartre and the Mudd Club: Popular Music and the Avant-Garde (Chicago: University of Chicago Press, 2002), 101.

[2] Gendron, “Negrophilia,” in Between Montmartre and the Mudd Club: Popular Music and the Avant-Garde (Chicago: University of Chicago Press, 2002), 87.