Negrophilia: an incomplete embracement of African and African American art 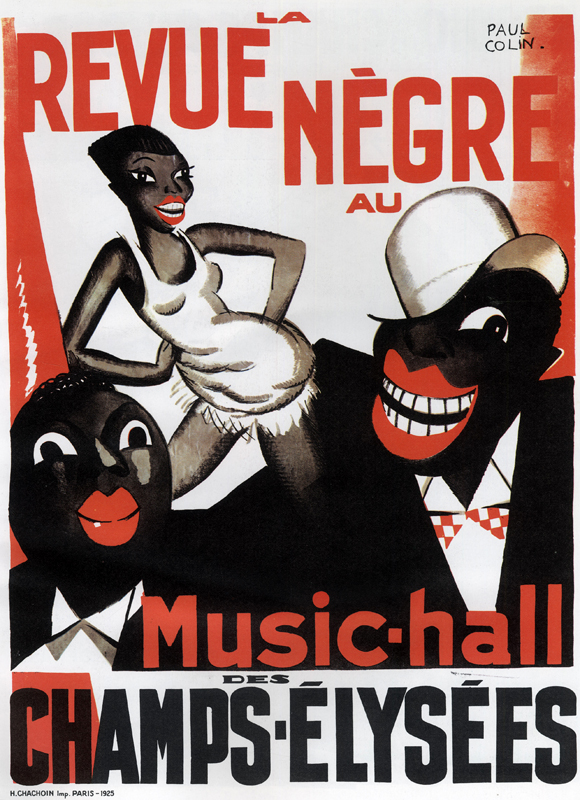 Negrophilia in Paris 1920s was a reflection of the ambivalent attitude of French people toward the invading black culture, between artistic affection and cultural resistance. As a result of such selective embracement of African and African American culture, I don’t define negrophilia as equal to love.

Parisians enjoyed and admired the black culture, the African and African American music, dance and artists, when they were talking just about the art. In “The Negro Dance”, André Levinson provided a thorough analysis on the “black dance”, with an impressively passionate tone that revealed the author’s great interest in the subject.1 Notably, different from the general impression that European tended to superiorize themselves over others, Levinson in fact put the black dance in a position as equal as European art. From the beginning of the essay, Levinson kept the juxtaposition between “black dance” and “classical dance”, judiciously pointing out their characteristics and differences, and claimed that the black dance “is a no less expression of another type”. Even more, Levinson actually claimed that black dancers have superiority in rhythm that French people may “well envy”. Although the author essentially associated the characters of black dances and dancers, the achievement in spontaneous and complicated rhythm, with animalistic quality, savagery and pre-civilization, namely primitivism, there was no hint that such under-development was inferior — not until the author discussed the black art in French cultural context.

By the end of the essay, Levinson inevitably touched the moral issues of black dances. Even though trying to justify it “not evil” and “professional”, the author evidenced his justification by saying that the black dance was “more refined and morally elevated” because of its absorption of French artistic character and abandon of it primitive background. Ignoring such obvious contradiction with his previous arguments, Levinson apparently was implying the inferiority of black art when talking about its cultural influences. Similarly, as Jordan analyzed Bizet’s review on La Revue Nègre, he said, “[Bizet] enjoyed it, but that clashed with his normative notion of what true French people should enjoy.”2 Indeed, Parisians had no problem appreciating and enjoying a piece of foreign art. However, respecting it as much as their own cultural notion was always threatening and problematic to the establishment of French authority, which was hard for the French to overcome.

Learning from this retrospection to the Parisian’s negrophilia, we understand that establishing our own culture does not necessarily lead to condescend others’. In fact, more important than enjoyment is the respect to arts from other cultures.