Cultural respect, then and now 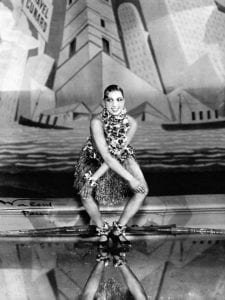 1920’s Parisians loved African American culture in some way: a love called “Negrophilia.” All of the readings focused on Josephine Baker’s dancing and performance and the public’s fascination with her. To them, she represented their perception of African-American culture–or maybe African culture–the distinction was unclear. This obsession, however, was not based in true respect or appreciation for another culture, but instead was based in an unhealthy and dehumanizing sort of fascination.

Appreciation or respect for a culture should be similar to the way an individual has respect for another person. Therefore, it should be based in a desire to understand the culture better from a perspective of equality. Any sense of superiority makes the interaction condescending and undermines any true respect.

The Parisian “negrophilia” was fundamentally based on the idea that the French were a more highly evolved civilization than any other. Their understanding of African American culture was highly distorted; they truly believed that blacks were inherently more animalistic and that their culture naturally reflected that. The “negrophilia” was just a wild fascination in something new and scandalous, maybe even dirty. Josephine Baker, while somewhat respected as a genius artist, was generally viewed as an object of desire. For example. These views are condescending instead of respectful, whether they are aimed at one person or an entire group.

Although I seem to be condemning 1920’s Paris “negrophilia,” I’m not sure if it’s reasonable to expect that many people would have abided by my definition of cultural respect. Am I unfairly projecting my own modern ideals onto a typical 1920’s Parisian? The only real difference between us and them is that we grew up in a different cultural context with different values. We have our own issues with cultural appropriation in music today. When studying music or cultures that objectify another, we should not excuse any wrongs committed or forget about the consequences, but try to realize what these historical prejudices reveal about our own.