The task of finding sources of research for Josephine Baker is a fairly simple task.  What is so challenging about gathering information about this dancer is finding what is truly important.  In other words, finding a specific aspect about Baker and focusing on that aspect.  I could do an entire research project studying every aspect of Baker’s life, how she affected culture in Paris, her influence on sexual freedom, and so much more.  I have found a vast amount of literature and sources that investigate different topics surrounding Baker.  After much thought, I have decided to focus on how Josephine Baker changed the sense of sexual liberation in Paris during the twenties.

To begin my research, I travelled to Rolvaag library on the St. Olaf campus and retrieved many biographical texts about Josephine Baker.  I found a book simply named Josephine by Patricia Hruby Powell and pictures by Christian Robinson.  As I leafed through the book I found that the format was that of a picture book.  After looking closer at the text I found that the book was like a story.  Even though the book was fascinating, enlightening me with historic information while telling a story, it was clear that the Josephine wasn’t perhaps the best source of research data.  I uncovered many other secondary sources in Rolvaag library that will undoubtedly help me in my research but I knew I had to go online to find newspaper articles, videos, recordings, etc.

Last Thursday, when Dr. Christiansen was explaining how to gain research materials to our class, Dr. Christiansen presented a website called Films On Demand.  I typed in Josephine Baker in the search box and a documentary called “Paris: The Crazy Years-Legendary Sin Cities” came up.  Many other documentaries arose as well such as “The Most Dog” and “Rhythm and Geometry.”  Both films either focus for a moment Josephine Baker or express how she inspired artists.  Sadly, other than “Paris: The Crazy Years-Legendary Sin Cities,” I haven’t found a documentary that explains how Baker affected Paris’s sexual revolution.

I have also taken a look at various newspaper databases such as Historical Newspapers and Access NewspaperARCHIVE.  There is an abundant mass of data on Josephine Baker but it is proving more intensive to find articles that focus on her exotic image and the impact it had on society.  I have found two articles from the New York Times that speak of Baker’s return to the U.S. and her fight against racial tensions but none yet from Paris.

After a few days or gathering resources, I find that I have a larger amount of secondary sources in comparison with primary sources.  As I continue to delve into Baker’s life and footprint in Parisian culture, my goal is to retrieve more primary sources.  I would love to uncover letters or advertisements centered around Baker.  I believe, from an interpretive standpoint, the advertisements or posters will speak volumes about how Baker’s “exoticism” spurred the public 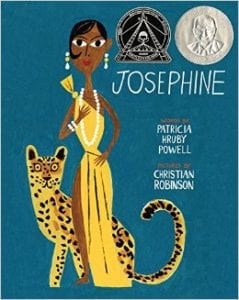