Fact and opinion in primary sources 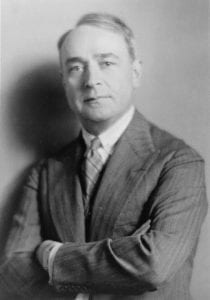 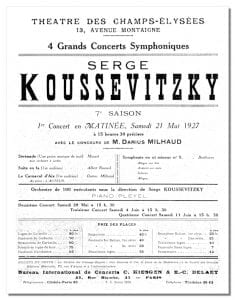 Serge Koussevitzky, a conductor originally from Russia, had the height of his career in the United States, conducting the Boston Symphony Orchestra. However, for a period in the 1920’s he conducted his Concerts Koussevitzky in Paris, where he commissioned many new pieces and influenced the music culture.

I found a few primary sources on Serge Koussevitzky’s work in Paris. On Classical.net, I found links to photographs of Koussevitzky’s concert programs during his time in Paris. The links are compiled by the website’s contributors, who are credited as a list of names and their email addresses. Classical.net claims that it is “The Internet’s Premier Classical Music Source” but the source of that title is unclear. While the website can not be verified to be true or complete in its information, the program photographs themselves are a trusted primary source. The concert information could be useful for constructing a timeline or map. They may allow me to track trends in Koussevitzky’s programming choices.

My two other primary sources were newspaper articles from the New York Times. Both were written by author Henry Prunieres in June 1927. In one article, Prunieres announces upcoming concerts conducted by Koussevitzky and reviews some of the music he chose. In the second article, he praises Koussevitzky’s conducting and programming choices. Although I can’t find much information on Prunieres, his firsthand account is a valuable insight into popular opinion about the Concerts Koussevitzky.

These three sources start to give a glimpse into the Koussevitzky concerts in Paris. Concert information from the program photographs give us fact- what really happened, while the newspaper articles give insight into subjective experiences.