Who better to explain George Antheil than the man himself?

In his autobiography, Bad Boy of Music1, Antheil relates his life as a performer and composer, dissected into his various places of residence. Although he was born in the United States, he begins his story in Berlin, followed by sections on Paris, Vienna, New York, and lastly, Hollywood. Antheil, in his own words, is “not engaged in writing a nicely touched-up history, but merely the roughed-out incredible story of [his] life” (page 165). 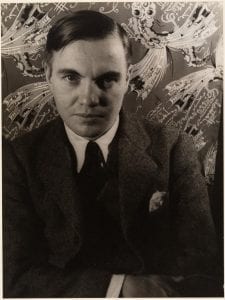 Naturally, upon perusing the Paris section of this book, I found less evidence of Antheil’s influence on the Parisian music scene, and more of Antheil’s perception of “French” music, and his place within it. To gain a better understanding of the former, I have consulted and will continue to consult other sources, such as Linda Whitesitt’s The Life and Music of George Antheil2, a biography published years later, and more objective in writing, than the autobiography. Even this source, however, focuses more on Antheil’s influences, and the development of his style, rather than its influence on French music.

Ezra Pound’s Antheil3 has much to say in defense of the composer’s ideas regarding music theory, as well as considerable praise for Antheil’s compositional style. However, in Bad Boy of Music, Antheil decried Pound’s writing for misrepresenting him. He states that Pound was “apparently fighting for [Antheil] but in reality fighting for himself” (page 120). Thus, the most intriguing element of this source is the dichotomy between Pound’s analysis of Antheil’s style and Antheil’s own understanding of his work.

I am beginning to see that it won’t be so easy to determine Antheil’s precise location in the sphere of French music. Antheil’s words alone will not cut it. Rather, it will take careful consideration of numerous perspectives to form a complete picture. Therefore, my next step is to find reviews of performances of Antheil’s music during his time in Paris. I am confident that seeking out more primary sources will allow me to develop a better understanding of Antheil’s musical contributions in France.