How we do what we do.

Our principal tasks as researchers thus far has been seeking out performances that happened in 1924 Paris. At first, we thought we would be finding them by reading letters and biographies of prominent artists and composers of the time. We began with this tactic, and though we got a good sense of contextual information, it was a rather inefficient way to gather a large quantity of information. If we were lucky enough to read a letter that spoke of a performance it usually only briefly mentioned the title and perhaps composer and the letter writer’s thoughts on the performance, which left us to find the place, address, time and other fields of data to complete.

In search of a more efficient and complete means of data collection, we turned to newspapers. First, we used Le Figaro, (accessible through the National French Library archives) which contains a theatre section in each edition. The problem we ran into from there was distinguishing Operas (which we wanted to include in the map) from theatre performances (which we 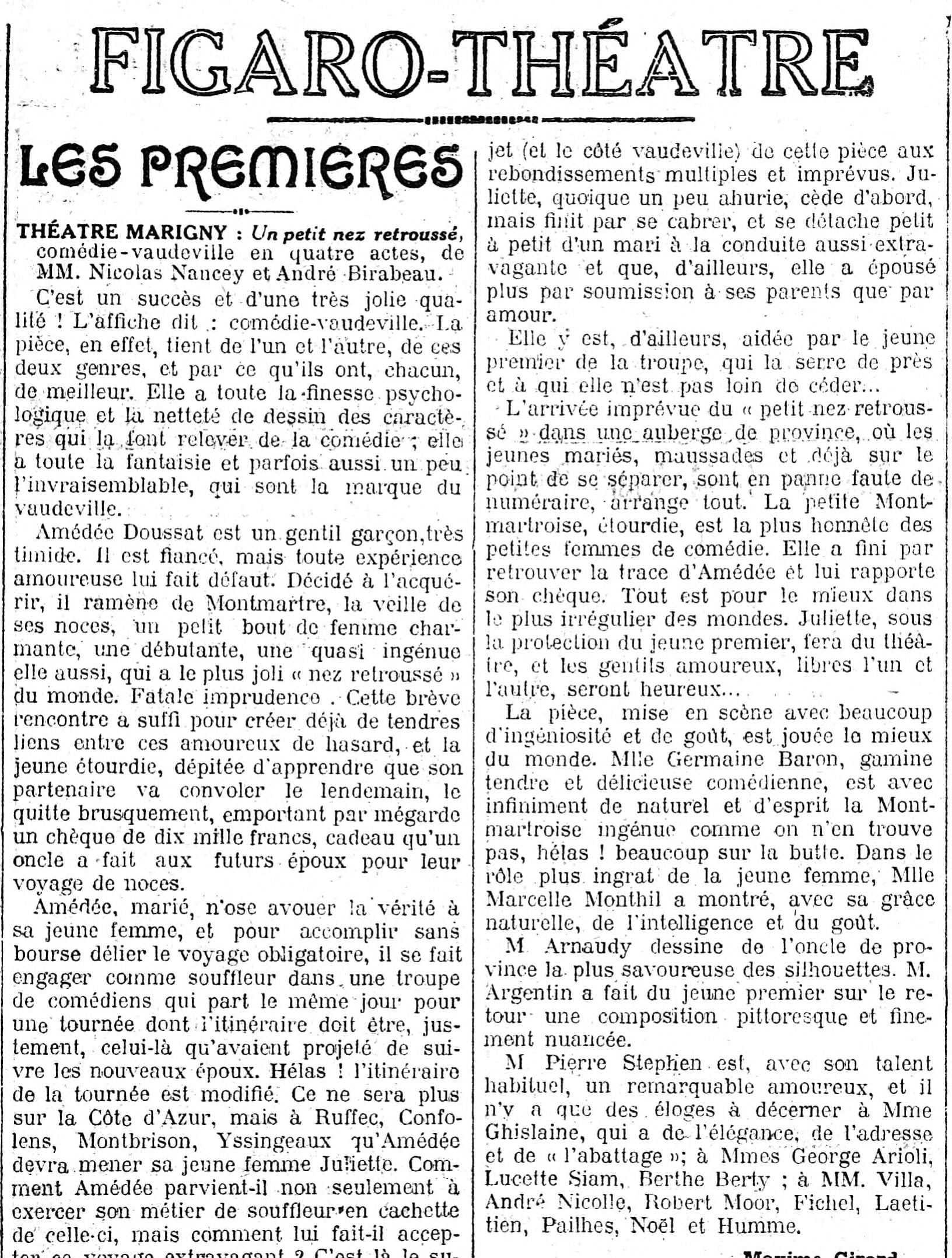 decided not to include since they aren’t explicitly related to music). At first, I tried to google all of the shows to see if I could get a quick answer, but then I found that the operas often had the orchestra conductor listed whereas the theatre performances obviously did not. Though this is not a foolproof method, it seemed to work reasonably well.

We also took listings from concerts here, but often had to fill in information such as addresses (which can be difficult to find because theaters from the 1920’s don’t always exist today- and if they do they might not be in the same places).

I discovered about three weeks into our project that Le Gaulois, another daily newspaper much like Le Figaro, is another good source of information. In addition to having the complete listings like Le Figaro, it also includes some reviews. Reviews are a better source for us because we can assure that the performance actually happened whereas listing simply tell us what is supposed to happen. 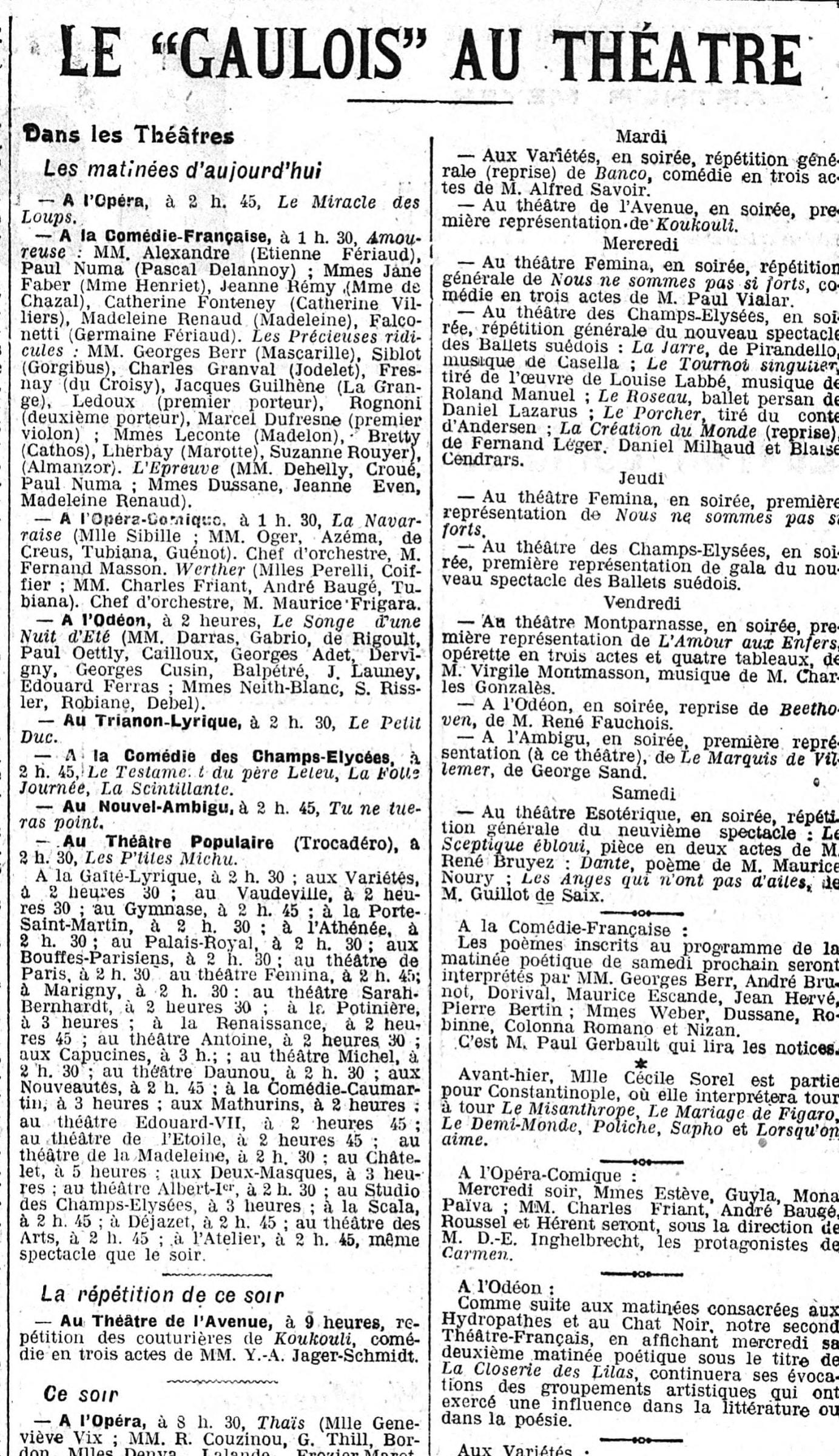 Some issues we still face despite our best efforts include problems with reading images from the 1920’s. I’m sure we have entries containing spelling errors simply because we couldn’t read them. Additionally, our research from newspapers has provided us with a wealth of knowledge from the venues (and especially cabarets) that posted regularly, but not so much from a wide variety of venues and genres. Though these dates are important, our methodology might be giving them a larger significance than was actually true.

Besides our work in the archives, each researcher has taken on some specific areas of focus, for example jazz music in Paris. From these searches we add performances, but also locations of theaters, and where important people lived. We are also able to get a sense of the areas these genres typically took place. In these specific domains, we are able to hone in on different music scenes in Paris in attempts to combine these subsets of information into a more accurate representation of the greater whole.

Now that we have all of this data, we’ve got to sort through it and add to it in the way that will make it most accurate. Though this has been our methodology up till this point, it may very well change in the near future.