The Madness in the Method(ology)

The Trouble with the Methodology

A few posts back, I made a few comments on the methodology.

Hopefully, between that and the rather more lucid explanations provided by my colleagues, you, dear reader, have some coherent notion of what our project methodology is. Have I mentioned, however, that, before we can throw up our gloriously envisioned map for you to ponder and play with, we have to fumble our way through a slightly less glorious spreadsheet?

As of the last hour or so, we have around 1,030 entries in our spreadsheet (I estimate simply because there always seems to be someone working on adding additional entries; there is never an exact quota). For each of these entries, my colleagues and I try to furbish dates, addresses, performers, venues, repertoire performed…. Needless to say, the work is quite involved. It also yields its share of orthographic inconsistencies (have I already made that comment on the Elizabethans?) that have to be rectified in order to make the spreadsheet and eventually the map searchable. You might call the spreadsheet the living, breathing heart of our project.

Future collaborators on this project will learn, as did we all, just how important data selection is to the functionality of this mapping project. When we began this project, we did not expect to find very much data very easily. As it turns out, there is a wealth of information on musical what-not’s and shenanigans. However, they, too, have their limits. How can we best represent all the different genres? How best to deal with so many events that, in the interest of time, only the first week of the month is entered into the spreadsheet, which determines, well, everything?

Selecting relevant data is quite the process. As I’ve mentioned before, this is an interdisciplinary team, and we hope to represent those multifaceted interests while maintaining the integrity of the “musical geography” of Paris. That said, our selection process relies heavily on a familiarity with the many (and I really do mean many) venues. Knowing which venues offer which sort of entertainment, such as the purely theatrical variety versus the more musical, allows us to focus on those spectacles which will directly affect the theme of our map. Getting to know these venues has been a project in and of itself, requiring us to read old tour guides and source material that specifically cites a genre. On the one hand, there are a number of venues which can quite safely be entered into the sheet without consideration – nearly all the events at the Opéra, for example, or at the venues most commonly associated with the key chamber orchestras. Others, however, such as the cabarets and circuses, require pause, because the diversions to be had are manifold and do not always project music as the main focus of the event. This has the unintended effect of biasing the spreadsheet towards “classical”, high art music, simply because those venues are more specifically musical. Although we certainly want to include as much on popular music as possible, it is much harder to represent with certainty.

Another snarl we encounter in data selection comes in the form of the sources themselves. Our most common primary sources are newspapers and periodicals, which, alas, tend to broadcast only their preferred genre of musical spectacles. In the newspaper Le Gaulois, for instance, it is possible to find nearly every night’s opera listings, several theatrical programs and one or two individual concerts. However, there is an intriguing shortage of listings for the large concert ensembles, even though they had regular seasons and would have had concerts on any number of nights. By way of contrast, the weekly periodical Le Ménestrel offers a slew of chamber orchestra programs, day by day, yet entirely neglects the opera. 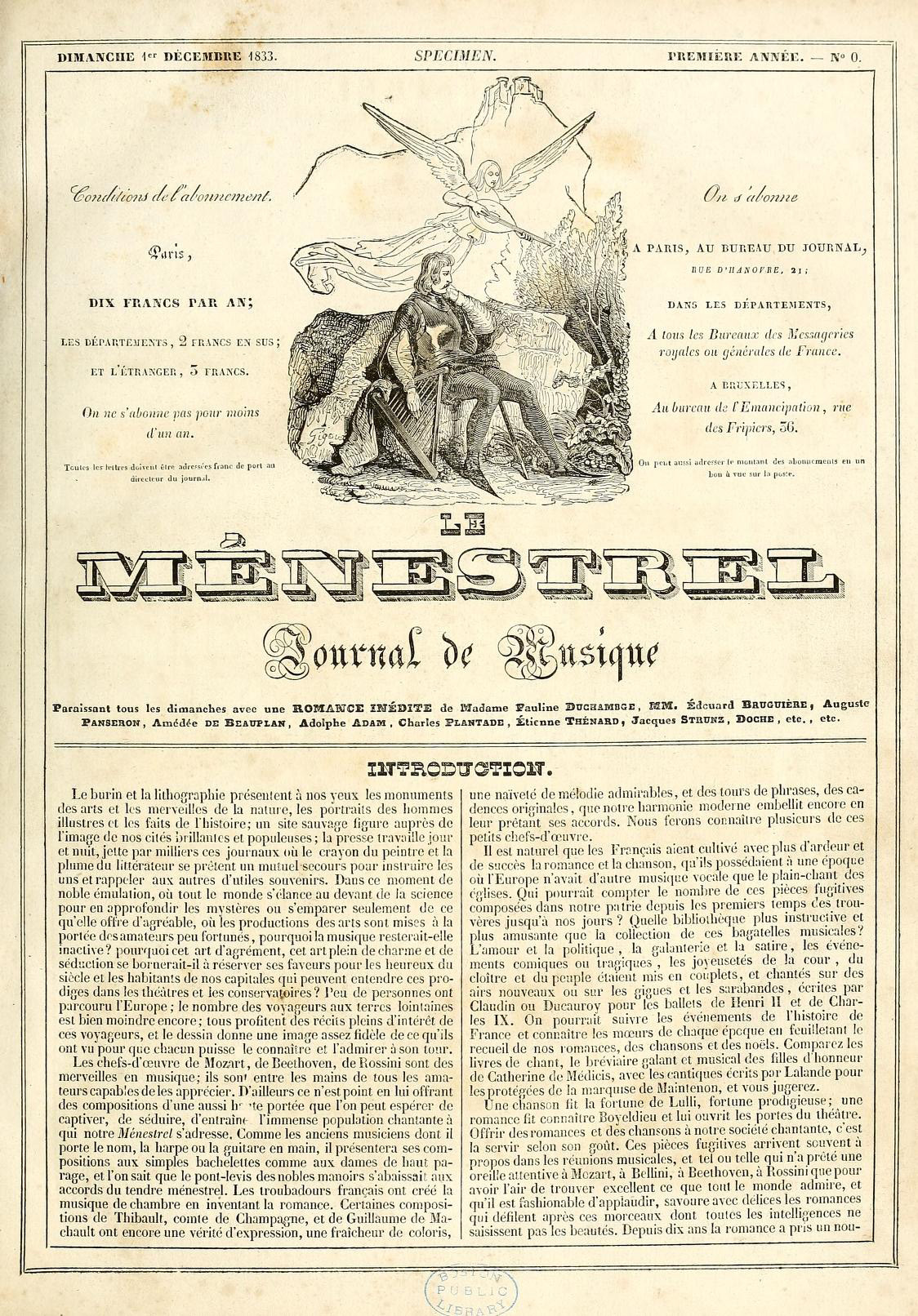 By drawing on a number of different sources, our team does manage to circumvent many of these biases. Even so, the somewhat selective nature of our sources adds another layer of complication to our attempt to fairly represent all the varieties of events that make up the musical geography of a city.

Because we are accessing such a wide pool of data and interests into an otherwise vague subject, every member of this team has to be somewhat scrupulous. Otherwise, we run the risk of creating a monster of a spreadsheet that will be impossible to work with in future. Our methodology is, perhaps, far more meticulous than any of us originally made it out to be. We walk the thin white line between an avalanche of random points and a navigable series of events. At its most crucial, our work is about exploiting the difference.