The impact of art is necessarily limited by the audience that can witness it. That’s why it’s so important to examine what transportation was availableto whom in Paris; of course train was the predominant formof long-distance land travel at the time, and passenger ships had a strong hold on the sea, but commercial air travel began its infancy immediately following the First World War. 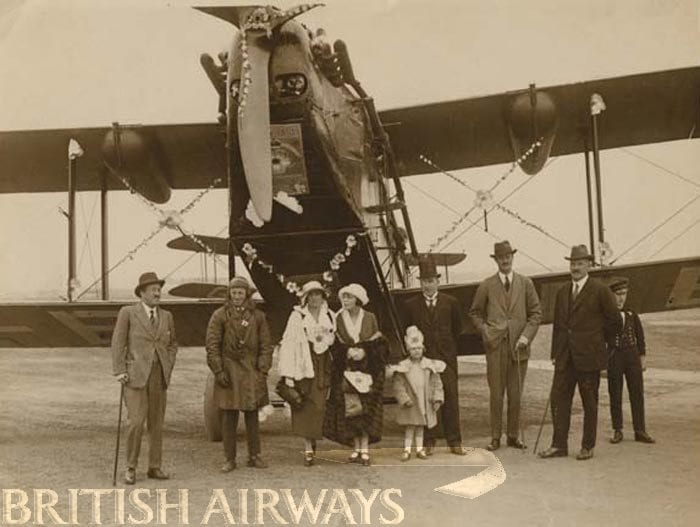 Passengers with a De Havilland DH34, the plane used by Imperial Airways for London-Paris service

One of the most active international air routes in 1924 was London-Paris. Several airlines flew between the Two Cities, some French and some English. However, the most important British airline only began service in April of 1924. Imperial Airways was a project of the British government to create a single, national airline, pooling the resources of four much smaller airlines, some of which had already established regular London-Paris flights. On April 26, Imperial Airways flew the first of their daily flights to Paris. Flight time was typically over two hours, but rarely reached three hours.

Across the channel, French airlines had it much easier than their English counterparts. For one, they received government support, which no

British airlines did until the formation of Imperial Airways. In addition, the French had more interest in connecting their overseas empire – much more so than the British, surprisingly. France quickly dominated the airboat scene with service across the Mediterranean to Algeria and Morocco. Aside from domestic travel, French airlines had also established Paris-London services. One of the more substantial French air companies went by the name Air Union. 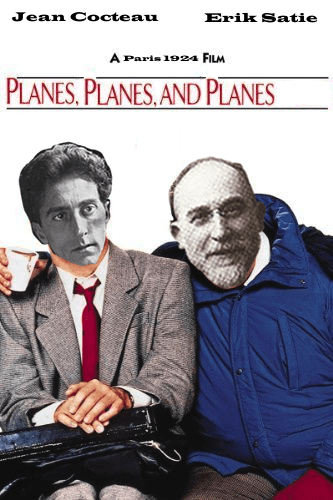 One thing shared by British and French airlines alike was their cost, which proved far too expensive for any but the very affluent. An Air Union flyer estimated to be from 1925 calls for 750 francs for a one-way flight, and 1,350 for the return trip. Imperial Airways wasn’t much cheaper – their timetable from April 20, 1925 states that London-Paris costs 500 francs (950 round trip). To put this into perspective, 750 francs in 1924 equates (roughly) to $1,100 in 2015. 1,350 francs is nearly $2,000; Imperial Airway’s one-way trip cost the equivalent of over $700, and their round trip would be about $1,400. Because air travel was so expensive, it was relegated to the richest members of society. While this certainly limited the tourist audience of Parisian music some, air travel was only a small part of the tourist traffic to Paris – far more came in by train, which was, naturally, much more affordable. It is safe to say that London-Paris flights, while an interesting prospect for the dispersion of Parisian music, in reality likely had very little effect.