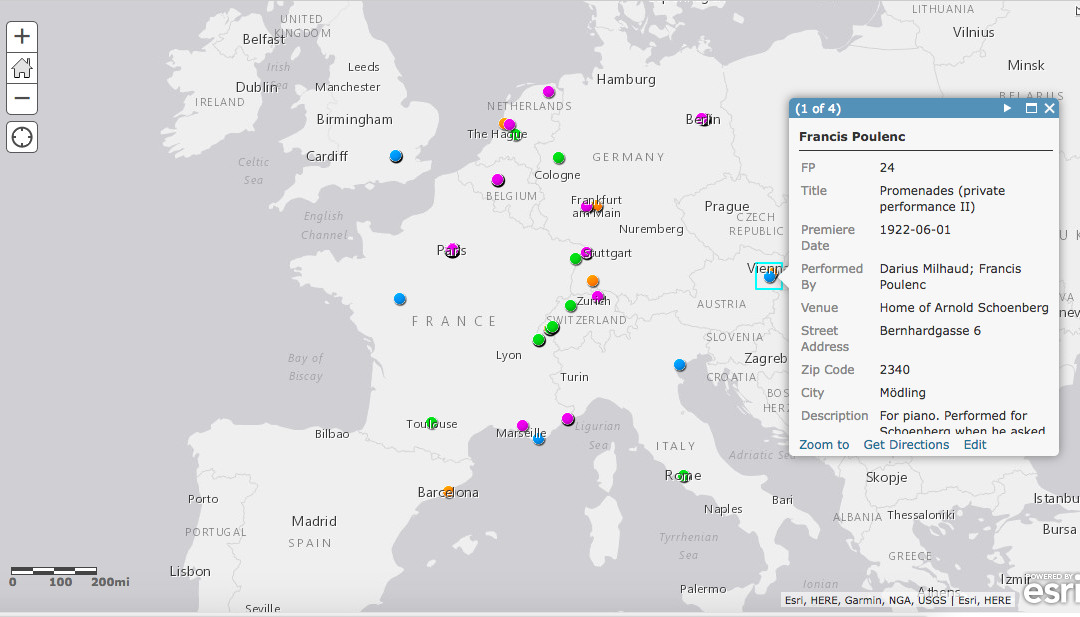 Welcome… This interactive map is meant to be a resource for scholars and the general public to delve into the world of 20th-century musical scholarship. The maps on this page encompass the premieres of Darius Milhaud, Francis Poulenc, Arthur Honegger, and Igor...